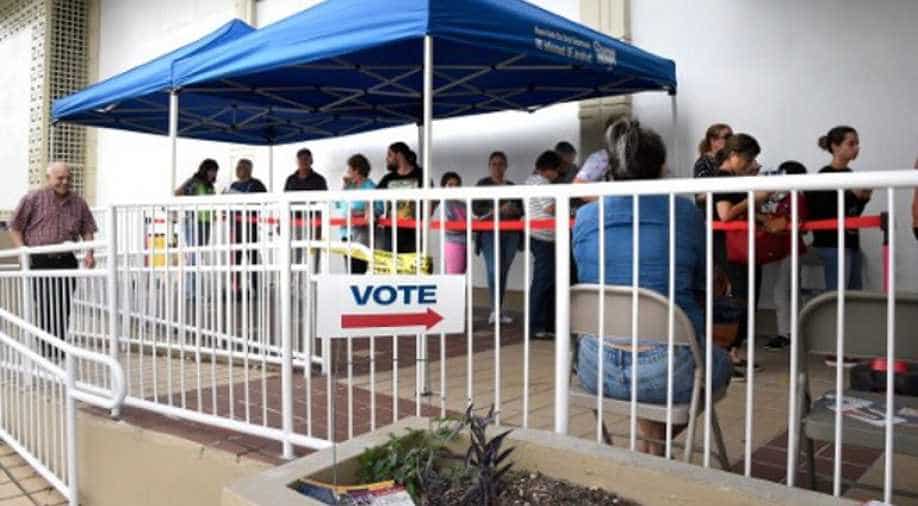 There have been concerns that hackers from Russia and other actors could disrupt the voting process by spreading political misinformation. Photograph:( AFP )

US federal and state authorities are beefing up cyber defences against potential electronic attacks on voting systems ahead of the Election Day on November 8.

There has been no specific intelligence warning about a cyber threat but concerns remain that hackers from Russia and other actors could disrupt the process by spreading political misinformation online or perhaps tamper with voting.

Homeland security department officials plan to hold a media briefing on Friday to discuss the agency's efforts with states to boost the security of their voting and election systems. All but two states have accepted help from the department to counter the cyber threat.

The DHS will provide assistance in probing and scanning voter registration and election systems for vulnerabilities. Ohio has asked a cyber protection unit of the National Guard, a reserve force within the US military, for assistance to protect the state's systems.

Officials say chances that a hack could alter election outcomes are remote but the states need to be vigilant after the FBI detected breaches in voter registration databases in Arizona and Illinois.

The potential for violence around the election has loomed in the background of the campaign for months. Voter intimidation reported at polling sites so far prompted Democrats to accuse Trump of a "campaign of vigilante voter intimidation" in four states on Monday.

But local authorities surveyed by Reuters on Thursday in five states - Ohio, Pennsylvania, Arizona, Wisconsin and Florida - said they were not increasing election-related law enforcement personnel or resources above 2012 levels.