US identifies 'mystery seeds' from China as tomato pips 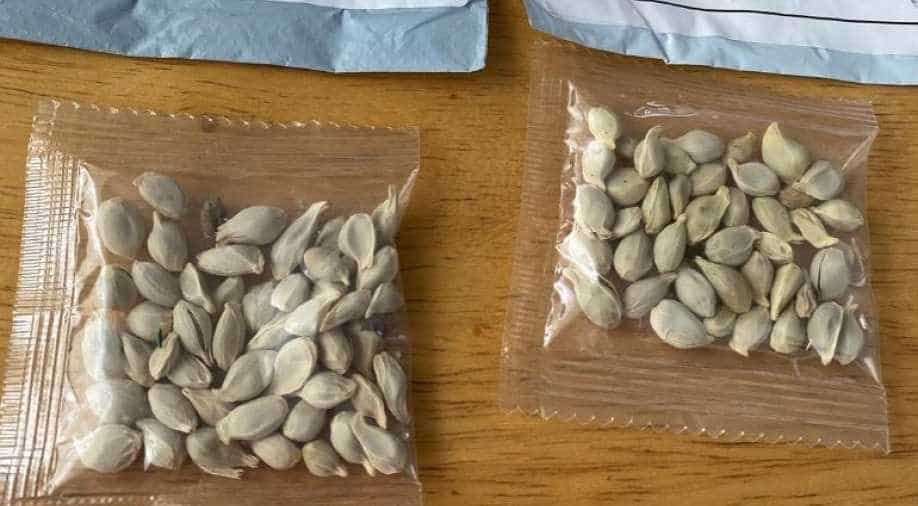 A series of packages containing seeds propped up across the United States recently. The packages came from China, and stirred fears of some new kind of warfare being set into motion.

Owing to the coronavirus pandemic, the paranoia around touching foreign objects has been amplified. Earlier, scientists had warned people against planting these seeds, as they may trigger the growth of foreign plant species, which would attack and decimate many local varieties.

The United States Department of Agriculture (USDA) has identified many of the mysterious seeds as Solanum Lycopersicum, or in layman terms - tomato seeds! Unsolicited seeds that arrived in the mail, reported by a US citizen to the US Department of Agriculture's Animal and Plant Health Inspection Service are seen in an undated photo | Reuters

However, to ensure the safety imbued in the seeds, they are being sent to the National Identification Services lab in Beltsville for more testing.

Many other packages also contained “Rhus”, the USDA has found. Rhus is a common species of shrub found across North America.

This is just precursory information. More testing will determine whether the seeds are laden with any pests or diseases of potential concern to US agriculture.

Conspiracy theories on social media claim that the seeds are a new form warfare from China, which wants to attain global dominance in the backdrop of the coronavirus pandemic.

However, the way these seeds made their way into the US is very suspicious. Most packages were marked as jewellery or beads, and started appearing in mailboxes around the country - all very randomly.

Now, botanists will take their study a step further and analyse the samples for potential harmful substances.

In a statement, the USDA said, “Accurate and timely identifications provide the foundation for quarantine action decisions and are essential in the effort to safeguard the nation's agricultural and natural resources.”

Have you received a suspicious package with seeds? Do not plant it and seal it, officials in the US say. They have also requested people to reach out to local agriculture authorities with the seeds.