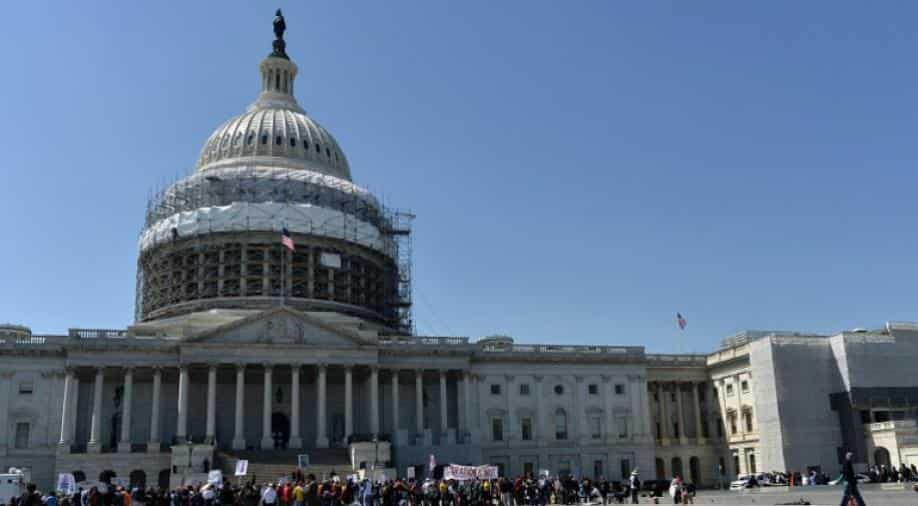 The bill, crafted by House Speaker Nancy Pelosi and her fellow Democrats, passed mostly along party lines in a 208-199 vote.

The US House of Representatives on Friday passed a $3 trillion Democratic bill aimed at salving the heavy human and economic toll of the coronavirus pandemic that has killed more than 85,000 Americans and shut much of the economy, reports said on Saturday.

House Democrats on Friday narrowly pushed through the largest-ever US economic rescue package, but the coronavirus measure faces headwinds in the White House and Senate where Republicans bemoan its $3 trillion price tag, the report added.

The bill, crafted by House Speaker Nancy Pelosi and her fellow Democrats, passed mostly along party lines in a 208-199 vote.

The Heroes Act, which passed largely along party lines, provides some $1 trillion for state and local governments; another round of cash disbursements to millions of hard-hit American families; funds for hospitals and health workers; extended unemployment and food aid; and money for virus testing.

But Republicans, who control the Senate, have promised it will be "dead on arrival" in their chamber.

Almost all Republicans opposed the bill, with many branding it an exorbitant liberal wish list packed with Democratic priorities like funding for vote-by-mail programs.