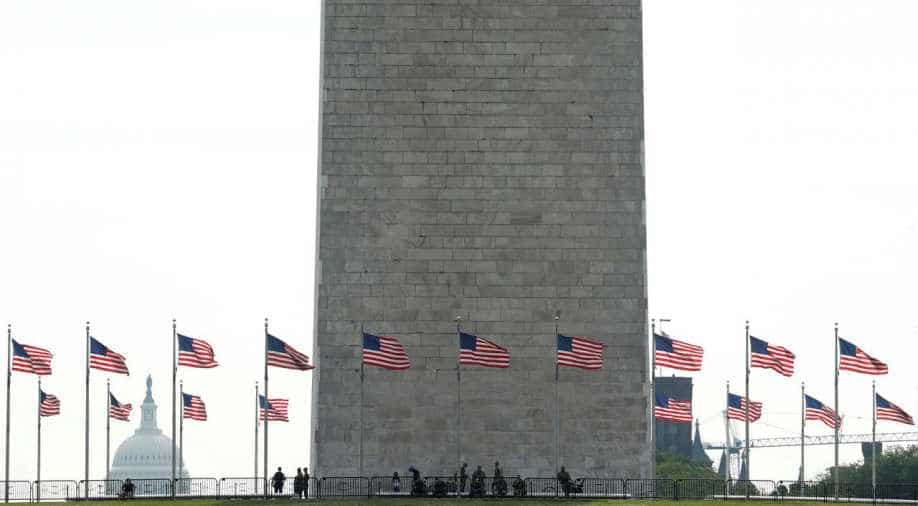 The state would be named Washington, Douglass Commonwealth, after George Washington, the first US president, and Frederick Douglass, a former enslaved person turned famed abolitionist.

Washington, DC -- four decades after launching its drive for US statehood -- was poised to take a step toward becoming the 51st state as the House of Representatives on Friday is expected to approve its admission.

Though the initiative was likely to pass handily in the House, where Democrats hold the majority, Republicans for years have actively opposed creating a state that they predict would elect Democrats to Congress.

If it became a state, Washington would likely only have one lawmaker, not five.

The state would be named Washington, Douglass Commonwealth, after George Washington, the first US president, and Frederick Douglass, a former enslaved person turned famed abolitionist.

It would include the district’s current 700,000 residents, but not major federal buildings, the National Mall, memorials and the museums, which would be housed in a federal enclave.

Proponents say Washington’s inhabitants have no voice in the federal government, despite paying federal taxes.

Local anger over the district’s status flared up most recently during the coronavirus pandemic. Washington received $500 million for its pandemic response, compared to the $1.2 billion the federal government accorded to each of the 50 states.

Amid nationwide protests sparked by the killing of George Floyd, an African American man who died after a police officer kneeled against Floyd’s neck, Trump sent National Guard troops from 10 states, over the objection of the district’s mayor, to quell protests against racism and police brutality in the district.

To this end, Mayor Muriel Bowser at a press conference said, "Not only do we not have voting senators and our congresswoman not have the right to vote, the whims of a federal government can encroach on our even limited autonomy."

The last time the United States expanded was 1959, when Congress approved admitting Alaska and Hawaii as the 49th and 50th states, respectively, following congressional votes and the support of the president.