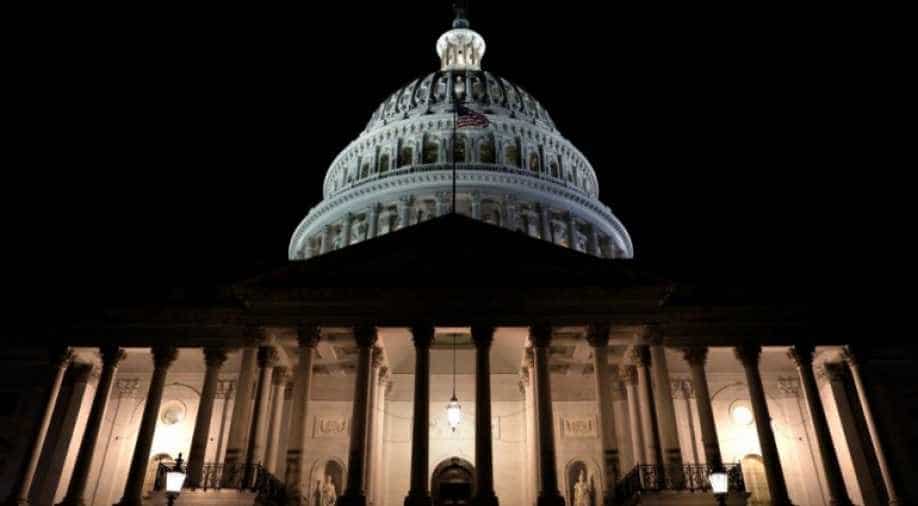 Hundreds of thousands of federal workers began shutting down operations on Monday with the US government closed, as a bipartisan group of senators tried to negotiate a deal just hours before the full Senate planned another vote to restore funding.

As government employees prepared for the first weekday since the shutdown began at midnight Friday, US senators were to vote at midday on a funding bill to get the lights back on in Washington and across the government until early February.

Support for the bill was uncertain after Republicans and Democrats spent the weekend trying to strike a deal, only to go home for the night short of an agreement.

At the US Capitol, a group of bipartisan senators met on Monday morning in search of a deal but came out disagreeing on whether progress was made.

White House legislative director Marc Short told the Fox Business Network he did not believe the Senate would get the 60 votes needed to move on funding legislation that would reopen the government.

"I think that that pressure is building, but I'm not sure we'll quite get to 60 today," he said.

President Donald Trump continued blaming Democrats for the funding lapse, citing their demand that protections for young illegal immigrants be included in any deal.

Democrats have accused Trump of backing out of a number of deals after pressure from immigration hard-liners. The president has not appeared in public since the shutdown began.

Federal employees received notices on Saturday about whether they were exempt from the shutdown, White House budget director Mick Mulvaney said. Depending on their schedules, some were told to stay home or to go to work for up to four hours on Monday to shut their operation, then go home. None will get paid.

Up until Monday, most federal workers were not directly affected by the shutdown that began at midnight on Friday.

Federal government operations varied from agency to agency, with a number of critical functions continuing. The shutdown will not interrupt combat operations in Afghanistan and other military activities, the Defense Department said, and federal law enforcement officers remained on duty.

US cybersecurity functions were continuing, Mulvaney said, and CIA Director Mike Pompeo told the "CBS This Morning" program that agency operations were not affected.

Markets have absorbed the shutdown drama over the last week, and on Monday morning world stocks and US bond markets largely shrugged off Washington's standoff even as the dollar continued its pullback. US stocks were mixed in early trading.

The US government has not been shut down since 2013 when about 800,000 federal workers were put on furlough. That impasse prevented passage of a needed funding bill centered on former Democratic President Barack Obama's health care law.

The "Dreamers" are young people who were brought to the United States illegally as children by their parents or other adults, mainly from Mexico and Central America, and who mostly grew up in the United States.

Trump said last year he would end DACA on March 5 and asked Congress to come up with a legislative fix before then to prevent Dreamers from being deported.

Democrats have withheld support for a temporary funding bill to keep the government open over the DACA issue. McConnell extended an olive branch on Sunday, pledging to bring immigration legislation up for debate after Feb. 8 so long as the government remained open.

Senate Democratic leader Chuck Schumer objected to the plan and it was unclear whether McConnell's pledge would be enough for Democrats to support a stopgap funding bill.

Republicans control both the House of Representatives and the Senate, where they have a slim 51-49 majority. But most legislation requires 60 Senate votes to pass, giving Democrats leverage.

Congress failed last year to pass a complete budget by Oct. 1, the beginning of the federal fiscal year, and the government has been operating on a series of three stopgap spending bills.