US farmers more cautious than hopeful after China trade deal 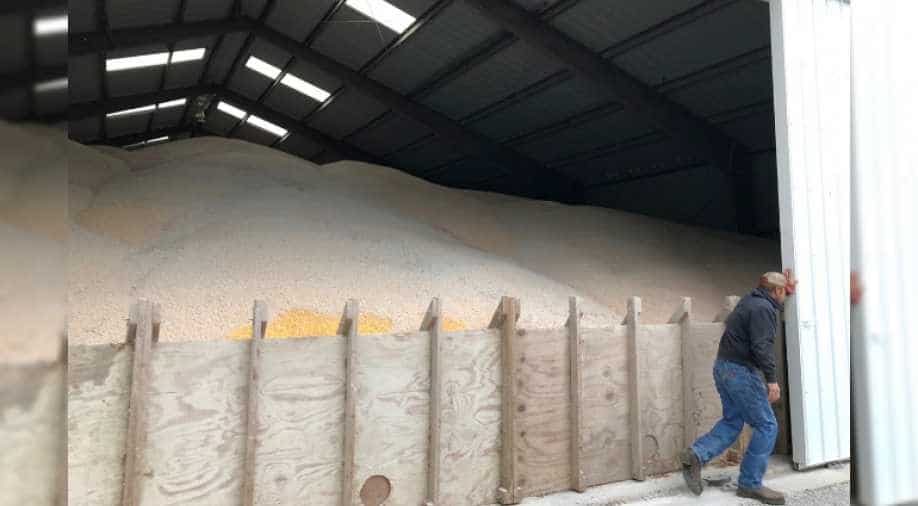 Retaliatory Chinese tariffs have badly bruised some segments of agriculture, such as soybeans. US soybean exports to China since September 1 have fallen to 339,000 tons from nearly 15 million tons in the year-ago period.

Trump took to Twitter Monday to declare that his weekend agreement with Xi Jinping for a cease-fire on new trade tariffs meant "Farmers will be a very BIG and FAST beneficiary of our deal with China," with the Chinese to resume purchases of US agricultural goods "immediately."

Trump's comments were followed by White House economic advisor Larry Kudlow, who told a press briefing that he expects Chinese tariffs on US farm goods would be removed "quickly," without elaborating.

The Chinese tariffs, imposed since July, have badly bruised some segments of agriculture, such as soybeans. US soybean exports to China since September 1 have fallen to 339,000 tons from nearly 15 million tons in the year-ago period.

And even if some of those items found buyers in other markets, soy exports overall during the same period were 11.9 million tons, down from 21.0 million in the 2017 period.

But the US-China agreement, struck on the sidelines of a G-20 summit in Argentina, could provide relief. Chinese state-run media hailed the trade war truce with the United States as "momentous," while warning that complex negotiations lay ahead.

- Still waiting -
A survey of several representatives of the US farm belt showed a range of responses, all at least somewhat positive, but none as effusive as from the White House.

"This is the first positive news we've seen after months of downturned prices and halted shipments," said John Heisdorffer, a soybean grower from Keota, Iowa.

"If this suspension of tariff increases leads to a longer-term agreement, it will be extremely positive for the soy industry."

But without additional details, others in US agriculture were reticent to applaud too loudly.

"We have no number or timeframe...at all," said David Salmonsen, chief trade expert at the American Farm Bureau, adding, "not until we see Chinese companies executing contracts."

Big soybean contracts are usually secured between October and March, Salmonsen said, adding that there had been very few deals struck this fall.

"Everything right now is based on the good words of the two presidents," said Chad Hart, an economics professor at Iowa State University.

"The expectation is that there is agreement for significant purchases on the agricultural side," Hart said. "But it's unlikely to be done until the tariffs are reduced."

Hart said there could be some contracts soon from Chinese government buyers but that most private Chinese companies would await further action.

Some observers noted that the two sides were still far from resolving the thorny details of the broader US-China trade conflict.

"It's no step forward –- if there's any positive from it, it's that they've hit the pause button on further escalation," said Andrew Jerome, a spokesman for the National Farmers Union.

"From our point of view, no tariffs have been eliminated, none of China's bad trade policies have been addressed and probably most importantly we have lost our reputation as a reliable trading partner and, therefore, stable markets in China and elsewhere long-term."