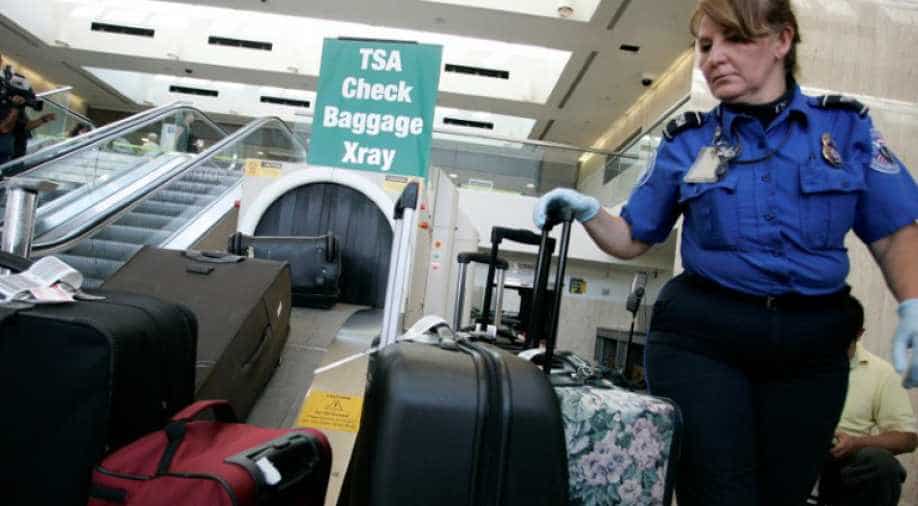 Fears that a bomb could be concealed in electronic devices prompted the United States to announce in March that it would restrict passengers from bringing laptops onto flights originating from 10 airports. Photograph:( Reuters )

US and European officials will discuss airline security issues at a meeting in Brussels next week, including possibly expanding the number of airports that ban passengers from carrying electronic devices bigger than cellphones aboard flights, a European Commission spokeswoman said on Friday.

US Homeland Security spokesman David Lapan said no final decision had been made on whether to expand the restrictions and he declined to immediately confirm Kelly's trip to Brussels.

"The US and the EU are on the same side when it comes to fighting terrorism and protecting our security," Dimitris Avramopoulos, EU commissioner for migration, home affairs and citizenship, said in a statement.

"Our phone call today proved once again the strong cooperation we have on these matters. I look forward to welcoming Mr Kelly and his experts in Brussels next week to continue our positive talks."

Fears that a bomb could be concealed in electronic devices prompted the United States to announce in March that it would restrict passengers from bringing laptops onto flights originating from 10 airports, including those in the United Arab Emirates, Saudi Arabia, Qatar and Turkey. Britain followed suit with restrictions on a slightly different set of routes.

Airlines and several countries affected by the electronics ban have pushed for more consultation with American and British regulators after the abrupt introduction of the restrictions took the industry by surprise.

US and European carriers are concerned about the logistics of checking large numbers of devices. Some airline officials say they would need to hire more staff to impose additional curbs, and are worried about how much advance notice they would have.

On Wednesday, Reuters reported that the Trump administration is likely to include some European countries in the in-cabin electronics ban.

Some US and European airlines have been planning for a wider ban, industry officials have told Reuters.

European regulators have warned that placing hundreds of devices in the hold on long-haul flights could also compromise safety by increasing the risk of fire from poorly deactivated lithium-ion batteries.

Kelly briefed members of Congress Thursday and held a meeting with high-level executives of Delta Air Lines, United Airlines, American Airlines Group Inc and Airlines For America, a trade group. A congressional official said Homeland Security was likely to expand the ban soon, but did not say when or to what airports.

The airlines declined to comment, but an airline official said government officials suggested an expansion of the ban was expected soon but it wasn't certain when.

The trade group said in a statement it appreciated the meeting "to discuss the current state of aviation security."

The group voted to work with government officials to "minimize the impact on the traveling public by utilizing the risk-based solutions that are the core of our foundation as the safest aviation system in the world."

In 2016, 30 million people flew to the United States from Europe, according to US Transportation Department data.

According to airports association ACI Europe, summer schedules for 2017 at airports in 28 European Union countries show there are 3,257 flights per week to the United States.

Kelly said last month the ban was likely to expand, given the sophisticated threats in aviation and intelligence findings that would-be attackers were trying to hide explosives in electronic devices.

The predicament is reminiscent of the aviation industry’s response to the 2014 downing of Malaysian Airlines flight MH17.

At the time, airlines called for greater sharing of information about potential threats to commercial aircraft from conflict zones, even as intelligence agencies expressed reluctance over the risk of revealing sources.

Kelly was scheduled to meet President Donald Trump on Friday but a DHS official said the meeting was about a different topic.