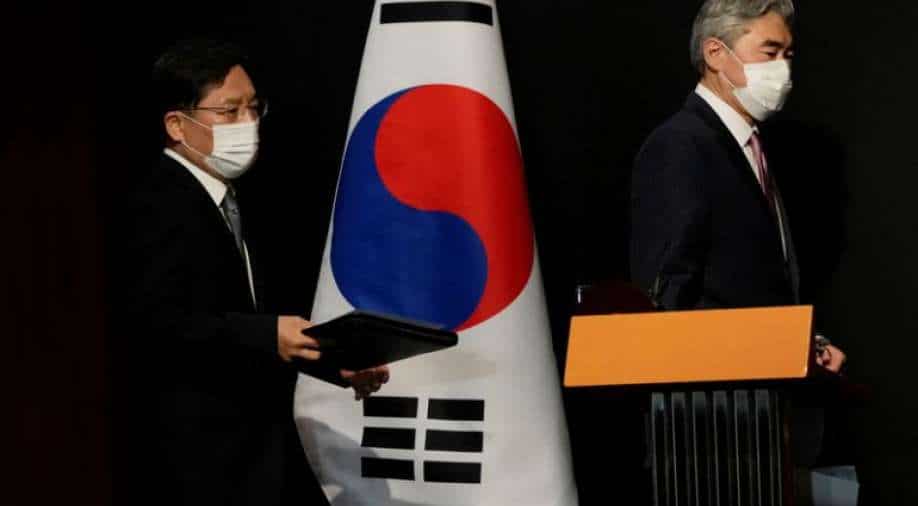 The North said the United States was overreacting to a submarine-launched ballistic missile test that it called self-defensive, and questioned the sincerity of Washington's offers of talks, warning of consequences

North Korea's recent ballistic missile tests were "concerning and counterproductive" for efforts to reduce tensions, and Pyongyang should instead engage in talks, the US envoy for North Korea said on Sunday.

Speaking to reporters after meeting with his South Korean counterpart in Seoul, Special Representative Sung Kim said the United States is committed to exploring "sustained and substantive diplomacy" with North Korea.

"Our goal remains the complete denuclearisation of the Korean peninsula," Kim said. "That's why Pyongyang's recent ballistic missile test, one of several in the past six weeks, is concerning and counterproductive to making progress towards a lasting peace on the Korean peninsula."

Pyongyang so far has rejected US overtures, accusing Washington and Seoul of talking diplomacy while ratcheting up tensions with their own military activities.

On Thursday, the North said the United States was overreacting to a submarine-launched ballistic missile test that it called self-defensive, and questioned the sincerity of Washington's offers of talks, warning of consequences.

"We call on the DPRK to cease these provocations and other destabilising activities and instead engage in dialogue," he said, using the initials of North Koreas official name. "We remain ready to meet with DPRK without preconditions and we have made clear that the United States harbours no hostile intent toward DPRK."

South Korean nuclear envoy Noh Kyu-duk said Sunday's talks with Kim had included "serious" discussion of Seoul's proposal to formally declare an end to the state of war that has technically existed since the 1950-1953 Korean War ended in an armistice rather than a peace treaty.

South Korean officials see such a declaration as a gesture of goodwill to get talks started. Kim said Washington was discussing ways to make progress with North Korea, including the South's end-of-war proposal and possible humanitarian aid projects.