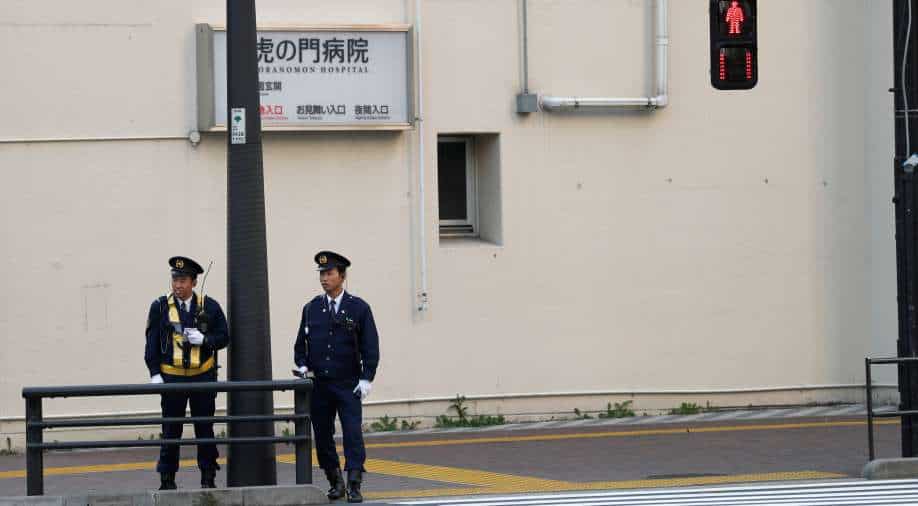 A Japanese government spokesperson has said that only suspicious individuals are being questioned  Photograph:( Reuters )

The US embassy in Tokyo has claimed that foreign tourists were being stopped by the Japanese Police in a suspected case of racial profiling.

The embassy in a tweet said it had received reports that a number of foreigners were detained and questioned by the police.

It asked the US citizens to carry proof of immigration and request consular notification if detained.

The U.S. Embassy has received reports of foreigners stopped and searched by Japanese police in suspected racial profiling incidents. Several were detained, questioned, and searched. U.S. citizens should carry proof of immigration and request consular notification if detained. pic.twitter.com/a8BkAU7eCR

The tweet is being perceived as an unusual move from the United States, a key Japanese ally.

Reacting to the warning, top government spokesman Hirokazu Matsuno told Reuters that police are questioning suspicious individuals only based on various factors, but that those decisions are not based on a person’s ethnicity or nationality.

A US Embassy spokesperson said the embassy had nothing further to add to the tweet, and the National Police Agency could not immediately comment, reports Reuters.

The embassy’s message comes a week after Japan closed its borders to all non-resident foreigners in one of the strongest global measures taken to prevent the spread of the Omicron variant of the COVID-19.

The Japanese government has announced strict quarantine rules for people coming from India, Greece, Romania and four US states.

While, foreign residents, as well as Japanese nationals travelling from Colorado, Hawaii, Minnesota and New York to Japan, will have to mandatorily spend three days of their two-week quarantine at government-designated facilities, reported Kyodo News.

The first Omicron case was reported on Tuesday in Japan, causing it to deny re-entry of all foreigners, including residents with long-term visas, who have recently been to any of 10 African countries likely to have widespread infections of the variant.