US election tracker: From drugs to fake art, everything is making news 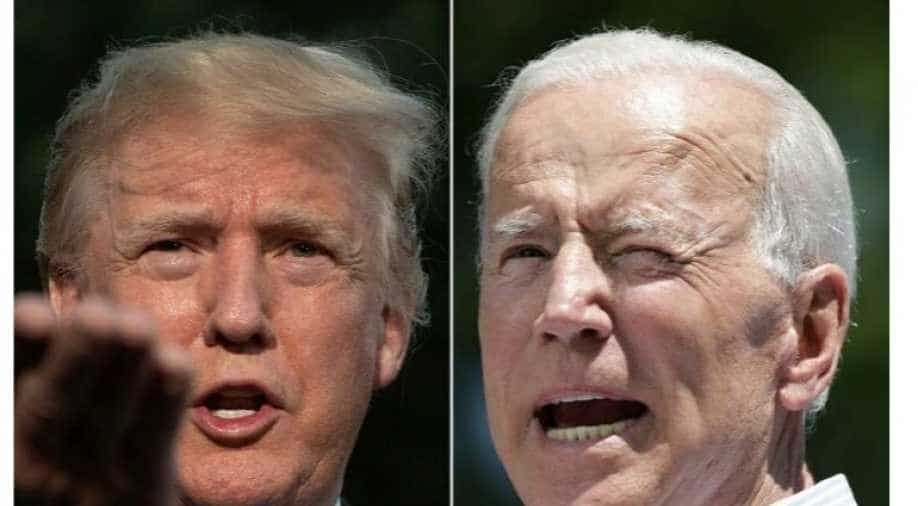 It should be interesting for our readers in India to notice that US media is talking about drugs just as Indian media is. The only difference? The focus of US media is not on any filmstar but a presidential nominee.

The United States goes to polls in just 47 days from now. Who will America elect as its next president? Donald Trump or Joe Biden?

Donald Trump has made a charge that Joe Biden is "taking something". According to Trump, Biden's stage performance during the primaries was a "disaster".

The US President is surprised by Biden's improved stage performance now and hence feels that Biden is taking something that gives him clarity. That's not all, Trump wants Biden to undergo drug test before their presidential debates which begin on September 29.

Joe Biden has rubbished Trump's allegations. Biden said that Trump was a "fool" and his comments were foolish.

It shouldn't come as a surprise as Trump has repeatedly gone out of his way to woo Indian diaspora. During PM Modi's visit to Houston in 2019, Trump was at the stadium event for Modi.

In February this year when Trump had come to India, PM Modi had hosted him in his home state Gujarat. The Democrats on the other hand have rubbed India the wrong way with their stand on Kashmir.

The Democrats however, have an edge. When Biden picked Kamala Harris as his running mate there was "historic outpour of contribution' to the Democratic Party, according to a report. Around $48 million came on first two days of the announcement of Kamala Harris's candidature. In August alone, Democrats collected a record $364.5 million.

Women and Californians, who would otherwise avoid shelling out money for Joe Biden, donated generously. This week, Kamala Harris attended a fundraiser with Hillary Clinton that fetched $6 million from 100 thousand people.

Donald Trump is winning more bad press than donations. His old trip to France has come in focus now. Trump had gone to France in 2018 and cancelled a visit to cemetery. He apparently called dead US marines losers and suckers. Trump reportedly spent time admiring art at the house of US Ambassador to France. Trump liked some art pieces so much that he took some of them back home in the US. He reportedly picked art worth $750,000

However the art pieces were not original! They were replicas! One of the headlines read Trump 'has a habit of falling for fakes'

Old tales, new jokes. That just about sums up the US elections.

'Not North Korea': Top leaders of both parties remind Trump before US elections