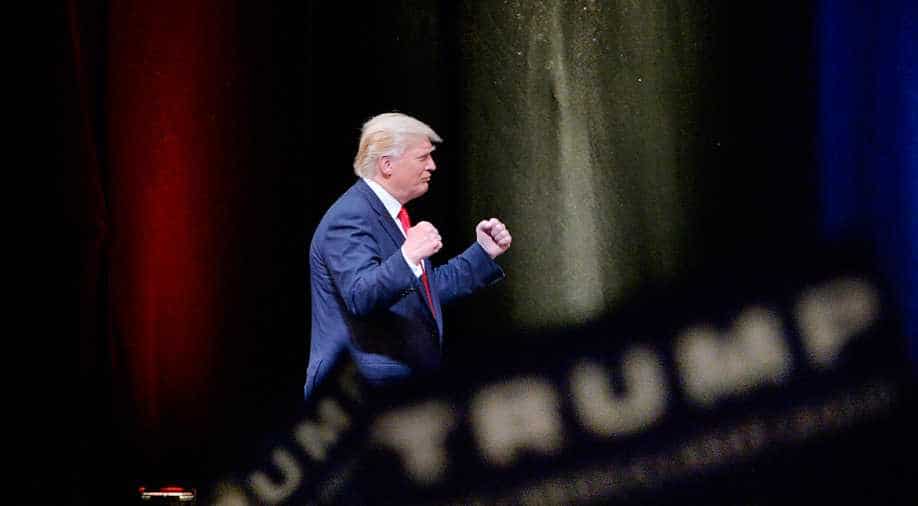 Trump won Florida, Ohio, North Carolina, Iowa and New Hampshire -- states that were considered to be swing states -- while his rival Hillary Clinton faltered in these key states. Photograph:( Getty )

After a crushing defeat for the Democrats at the hands of Donald Trump, the 45th President of the United States of America, the current US President Barack Obama congratulated his newly-elected successor.

Obama called Trump to congratulate him on pulling off a stunning victory against his rival Hillary Clinton, who a day before the election was said to have a 70 per cent chance of winning.

The President's office said Obama invited Trump to the White House for talks on Thursday and is due to make a statement later Wednesday about the election results.

He also called Hillary Clinton, his one-time secretary of state and fellow Democrat, to express his "admiration for the strong campaign she waged throughout the country," White House press secretary Josh Earnest said in a statement.

Earlier in the day, Trump made his victory speech at the Hilton Hotel in Manhattan, New York.

"I pledge to every citizen of our land that I will be president for every American. And that is very important to me," Donald Trump told a jubilant crowd.

"For those that have chosen not to support me in the past, of which there were a few people, I'm reaching out to you for your guidance and you help so we can work together and unify our great country."

He was gracious to his rival, saying, "Hillary has worked very hard and very hard over a very long period of time and we owe her a major debt of gratitude for her service to this country."

"Now it is time for America to bind the wounds of division."

Local media reports said Hillary Clinton had called Trump to concede the presidency but that she would not be making a concession speech on Wednesday.

Trump won Florida, Ohio, North Carolina, Iowa and New Hampshire -- states that were considered to be swing states -- while his rival Hillary Clinton faltered in these key states.

Trump won Florida by 130,000 votes, which imply that third-party votes harmed Clinton in her bid to win the crucial state. Third-party candidates Gary Johnson and Jill Stein won 260,000 votes in the state.

The win in the Sunshine state provided a major impetus for Trump during his stunning success.

The final blow to Clinton came when Trump won Pennsylvania well past midnight in New York.

Clinton won in Virginia and banked on upper Midwestern states to shore up her numbers. She managed to stay in the race with California's 55 electoral seats.

Hillary Clinton's campaign chairman, John Podesta thanked Hillary's supporters and asked them to go home. She would not be saying anything tonight.

The other states won by Clinton are New Mexico, Illinois, Connecticut, Vermont, Massachusetts, Maryland, New Jersey, Delaware and the District of Columbia. Trump has won Missouri, Nebraska, Louisiana, Mississippi, Alabama, Kentucky, Indiana, Oklahoma, Tennessee and West Virginia. But none of these are battleground states.

South Carolina caused a minor flutter in the Trump camp as early data showed Clinton to be in the lead. However, he later surged ahead to win the state, which has traditionally been a Republican firewall.