US Election 2016: Shock and angst in Asia as Trump rises 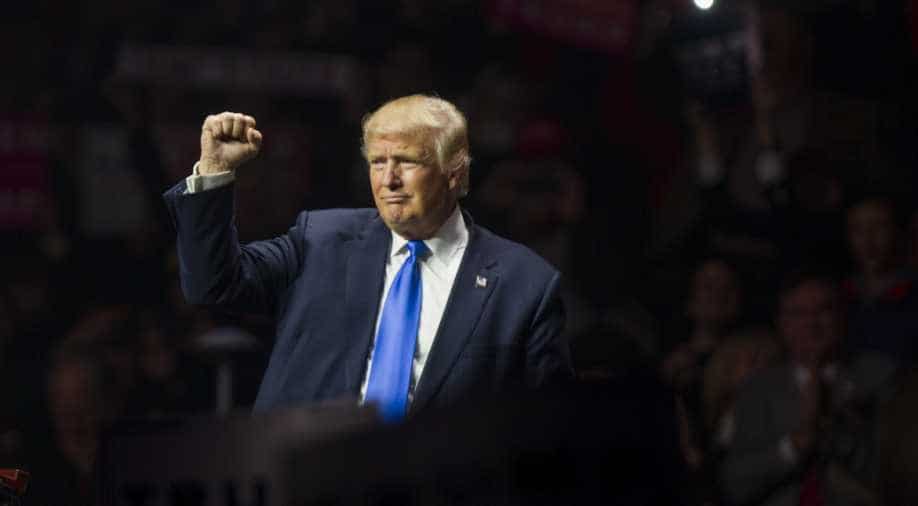 Donald Trump's stunning performance in the US presidential election triggered shock and angst in Asia, where observers fretted over the implications for everything from trade to human rights and climate change.

Although the race remained too close to call, Trump has won key states in the nail-biter against Hillary Clinton, building momentum as large numbers of American voters shrugged off concerns over the billionaire's temperament and lack of experience.

Trump's rise has been keenly watched abroad as he campaigned on a platform of trashing trade agreements, restricting immigration, dismissing climate change, and otherwise disengaging from the rest of the world.

In often hushed scenes, viewers at election-watching events around Asia stared at giant screens tallying the returns as they digested the impact of Trump possibly heading the world's most powerful nation.

Dianita Sugiyo, 34, a university lecturer in Indonesia -- the world's most populous Muslim country -- said she was particularly concerned by Trump's calls to temporarily ban from Muslims from countries with a history of terror ties.

"As a Muslim I feel very uncomfortable if Trump wins. He has always been anti-Muslim and I am afraid he will discriminate against Muslims," said Sugiyo, a member of a leading Indonesian moderate Muslim organisation.

"The United States is a multicultural country and there are a lot of Muslims there, so this is very terrifying," she said at a US embassy event in Jakarta.

Click here for detailed coverage of the US election >>

'Dangerous' for the planet

Trump’s tirades against global free trade were a big concern, said Clarita Carlos, a political science professor at the University of the Philippines.

"The world is globalising and if the US, which is one of the economic powerhouses, is going to put up walls, I don't see that as good for the world economy,” she said.

"They can practically slow down economic growth for everybody. He is a businessman. He should know better."

Greenpeace Southeast Asia’s executive director Yeb Sano said he was struggling to understand how Trump, who has threatened to “cancel” the historic UN pact struck last year to address climate change, could win.

“In the context of a lot of other things happening around the world right now, it would be fair to ask: “What have we become?,” Sano said.

“On climate change, clearly this is a massive blow to our prospects of progress and hope that the Paris Agreement had given us.”

At election events around the region, American Democratic supporters gradually deflated throughout Wednesday morning, while Republicans were buoyed.

Bradley Jordan, a retired 59-year-old Californian in Bangkok, said a Trump win would "throw the whole world upside down."

"It’s dangerous for the planet. If Trump wins, we will do nothing about climate change and the planet will be screwed. I just can’t believe this is happening right now," he said, adding that he may renounce his US citizenship.

Even some Republicans expressed surprise.

"To be honest we didn't really think he would win. The polls have all been quite clear," Kym Kettler-Paddock, a US Republican, said at an event hosted by the American Chamber of Commerce in Hong Kong.

She said Trump's outsider status was bound to increase uncertainty abroad in the short-term over what type of president he would be.

"I think after that transition period it would settle down," she added.

But Amanda Mohar, the vice chair of Democrats Abroad Hong Kong, said the overseas fears are justified given Trump's calls to tear up international agreements he doesn't like.

"His instability up to this point has made his administration very unpredictable. We have no idea if he says he's going to review all of our treaties, if he's actually going to do that," Gohar said, adding that he would be a "dangerous person" in office.