US Election 2016: Republicans maintain grip on power in US Congress after Trump wins 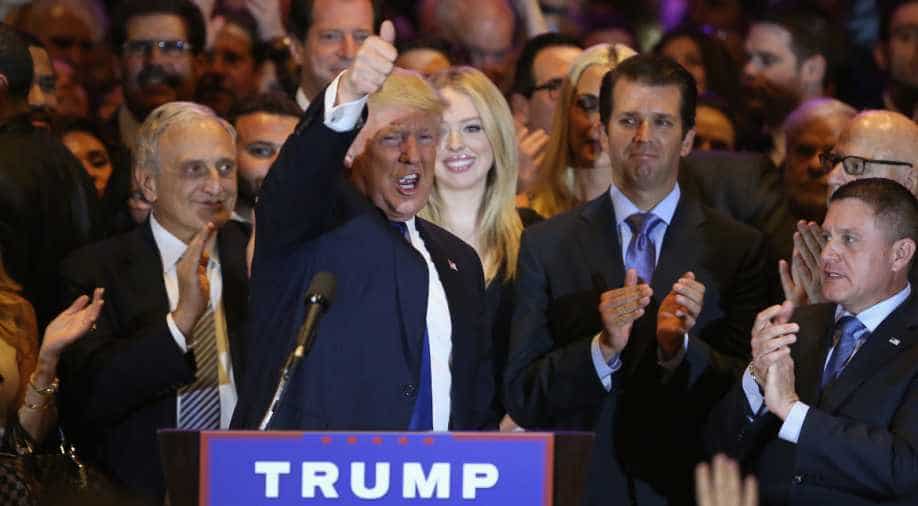 Republicans thwarted Democratic efforts to retake Congress in Tuesday's historic US election, using a show of conservative force to maintain control of the Senate and House of Representatives.

Riding the coattails of populist Republican nominee Donald Trump, who proved no drag on fellow conservatives as he steamrolled to White House victory over Hillary Clinton, the party managed to repel the Democrats' sharp threat in the 100-member Senate.

The chamber was in Republican hands, 54 to 46 and in danger of sliding into Democratic control. But they rallied to minimise their losses, with incumbents in the battleground states of Pennsylvania, North Carolina and Wisconsin snatching crucial victories to prevent a blue takeover.

"This is a big night for Republicans, a testament to what can be accomplished when our party comes together," Republican National Committee chairman Reince Priebus said in a statement.

"With a Republican Congress firmly in place and Donald Trump in the White House, we can get to work on fixing Washington and bringing prosperity back to the American people."

Just days ago, polls predicted a four-seat swing or higher in favor of Clinton's Democrats, in large part because Republicans held 24 of the 34 seats up for grabs in 2016. But it was not meant to be.

In the House, Republicans were on track to take 239 seats to the Democrats' 196, according to NBC's House model.

That would be an eight-seat gain for Democrats, but still well short of what would be necessary to snatch the 435-member chamber back from Republican control.

Trump's White House victory marks a stunning political trifecta for Republicans that would allow them to control the legislation that makes its way through Congress and to the president's desk.

Snatching control of the Senate would have provided Democrats with a policy check on Trump in the event he won the presidency. Instead, Trump will have an easier time pushing through legislation.

Democrats needed to gain five seats for a clean majority. In the event the Senate is 50-50, control goes to the party that wins the White House, because the US vice president holds a deciding vote in the event of a tie.

Democrats claimed a quick pick up Tuesday in Illinois, where two-term congresswoman Tammy Duckworth, an Iraq war veteran who lost her legs when the Black Hawk helicopter she was co-piloting was shot down there, defeated incumbent Senator Mark Kirk.
But Senator Marco Rubio kept his seat in Florida, as did incumbent Richard Burr in North Carolina, while congressman Todd Young of Indiana denied a former senator, Evan Bayh, from reclaiming his old seat.

When Senator Pat Toomey was projected as winner of his tough re-election fight against Katie McGinty, an environmental aide to then-president Bill Clinton, Democratic hopes of regaining the chamber were dashed.

Rubio had been a rapidly rising GOP star until he challenged Trump for the Republican primary and got swept aside. He had said he would leave Congress, but changed his mind earlier this year and mounted a strong comeback.

In a victory speech before jubilant supporters in Miami, Rubio sought to soothe heated tempers and appeal to Americans of all stripes after a toxic 18-month presidential campaign overwhelmed by rhetoric, accusations of racism and xenophobia, and anger on both sides.

"While we can disagree on issues, we cannot share a country where people hate each other because of their political affiliations," Rubio, 45, said.

"I hope that I and my colleagues as we return to work in Washington, DC can set a better example of how political discourse should exist in this country."