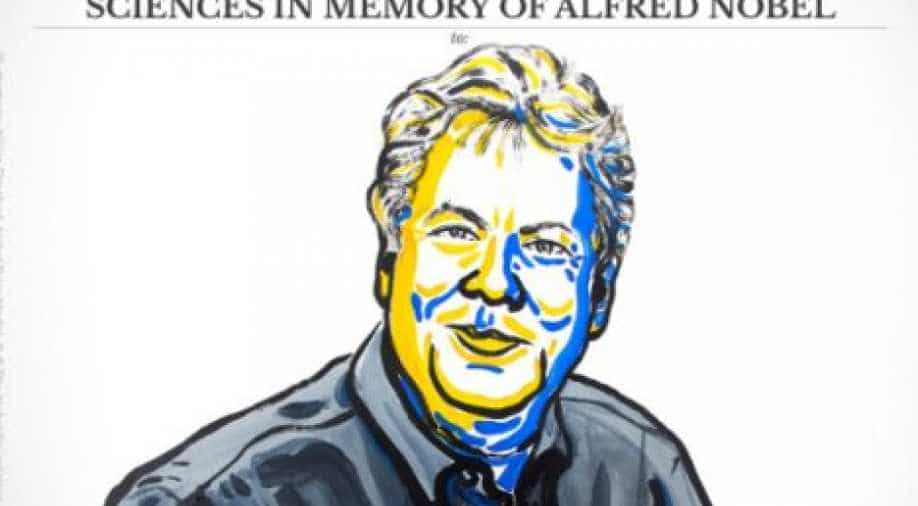 US economist Richard Thaler has won the Nobel Economics Prize. Photograph:( Others )

US economist Richard Thaler, 72, has won the Nobel Economics Prize for his work to bridge the gap between economics and psychology, the Nobel Committee declared on Monday.

"By exploring the consequences of limited rationality, social preferences, and lack of self-control, he has shown how these human traits systematically affect individual decisions as well as market outcomes," the Nobel jury said in a statement.

India's former Reserve Bank of India(RBI) chief Raghuram Rajan was also in the running for the coveted Economics Nobel.

Thaler is well-known for co-founding the "nudge" theory, which demonstrates how people can be persuaded to make decisions that leave them healthier and happier.

Thaler is a professor at the University of Chicago - a school popular with the Nobel economics committee. Of 79 laureates so far, more than a third have been affiliated with the university`s school of economics.

"In his applied work, Thaler demonstrated how nudging -- a term he coined -- may help people exercise better self-control when saving for a pension, as well in other contexts," the Nobel jury noted.

Thaler told the Nobel committee by teleconference he was "pleased" by the award.

"I no longer will have to call my colleague Eugene Fama 'Professor Fama' on the golf course," he joked, referring to his University of Chicago colleague who won the prize in 2013.

"I think the most important recognition is that economic agents are human, and economic models have to incorporate that," he said.

Thaler will take home $1.1 million in prize sum, which he jokingly said he would "try to spend as irrationally as possible".

The Nobel laureates will receive their prizes at ceremonies in Stockholm and Oslo on December 10, the anniversary of the death of Alfred Nobel.