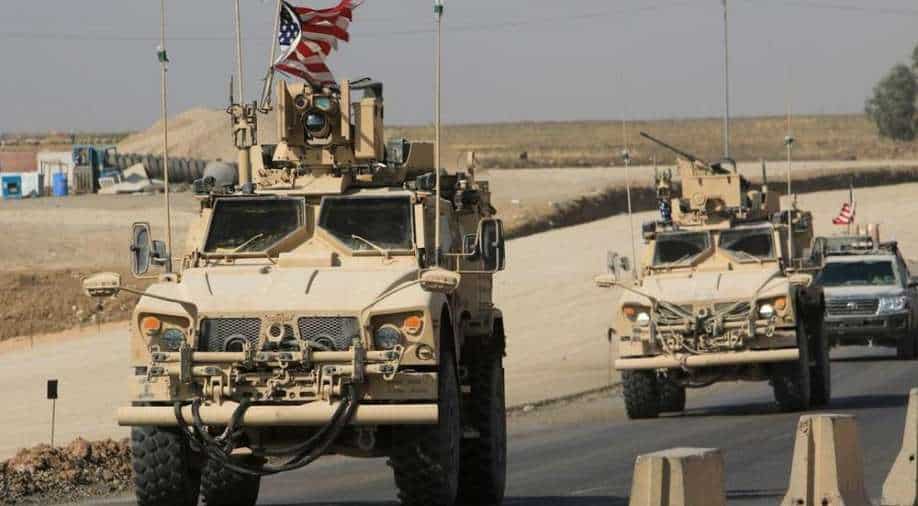 The Syrian Observatory for Human Rights said five civilians were also among those killed.

The US army said Thursday it carried out a drone strike against Al-Qaeda leaders in northwestern Syria near the Turkish border, killing 17 jihadists, according to a war monitor.

The Syrian Observatory for Human Rights said five civilians were also among those killed.

"US Forces conducted a strike against a group of Al-Qaeda in Syria (AQ-S) senior leaders meeting near Idlib, Syria," the spokeswoman for United States Central Command (CENTCOM) said.

"The removal of these AQ-S leaders will disrupt the terrorist organisation's ability to further plot and carry out global attacks threatening US citizens, our partners and innocent civilians."

But the Britain-based Observatory said the operation, which targeted a dinner meeting of jihadists in the village of Jakara in the Salqin area, killed at least 17 jihadists including 11 leaders.

The village lies in Syria's last major rebel bastion of Idlib, which is dominated by the Hayat Tahrir al-Sham (HTS) group, led by a former Al-Qaeda affiliate, and its rebel allies.

But other jihadist groups, including the rival Al-Qaeda-linked Hurras al-Deen faction, are also present in the area.

Observatory chief Rami Abdel Rahman said that five non-Syrian jihadists were among those killed, but their nationalities were not immediately known.

A March agreement between rebel backer Ankara and government ally Moscow halted a deadly offensive by government forces against the region of some three million people.

A US-led coalition is present in the east of the country, where its airstrikes have backed Kurdish-led forces battling remnants of the Islamic State group.

Thursday's strike came after it emerged that the 18-year-old who killed a school teacher in France last week for showing cartoons of the Prophet Mohammed in class had been in contact with a Russian-speaking jihadist in Syria.

A source close to the case said the identity of the Russian-speaking jihadist was not yet known, but French newspaper Le Parisien claimed the person's IP address was traced to Idlib.

After a string of military victories backed by key ally Russia, the Syrian government has regained control of around 70 percent of the country, the Observatory says.

The war, which broke out after the bloody suppression of anti-government protests in 2011, has killed more than 380,000 people and displaced millions from their homes.