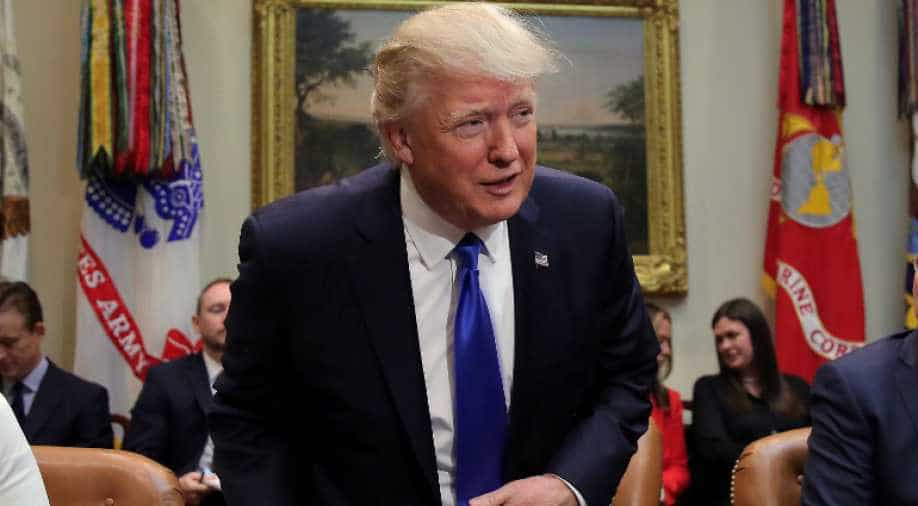 Trump's administration had appealed a federal judge's order that blocked the US president's ban on travellers from seven Muslim-majority nations. Photograph:( Reuters )

A US appeal court has denied an emergency appeal from the US Department of Justice to restore a travel order from President Donald Trump barring citizens from seven mainly Muslim countries and temporarily banning refugees.

"Appellants' request for an immediate administrative stay pending full consideration of the emergency motion for a stay pending appeal is denied," the ruling by the US Court of Appeals for the Ninth Circuit said.

It said a reply from the Department in support of the emergency appeal was due on Monday. The Department had filed the appeal a day after a federal judge in Seattle ordered Trump's travel ban to be lifted. The president's January 27 order had barred admission of citizens from the seven nations for 90 days.

Earlier, Donald Trump's administration had on Saturday appealed a federal judge's order that blocked the US president's ban on travellers from seven Muslim-majority nations.

The Justice Department appeal came a day after a US district judge filed a nationwide order halting the ban's implementation. Since then, the Department of Homeland Security has reverted to standard, previous procedure in admitting people from the affected countries.

The judge's order represents a major challenge to the Trump administration. The judge declined to stay the order, suggesting that travel restrictions could be lifted immediately.

Trump dismissed the ruling as "ridiculous" and has vowed to get it overturned. Some 60,000 visas have been revoked since Trump's executive order was issued.

The opinion of this so-called judge, which essentially takes law-enforcement away from our country, is ridiculous and will be overturned!