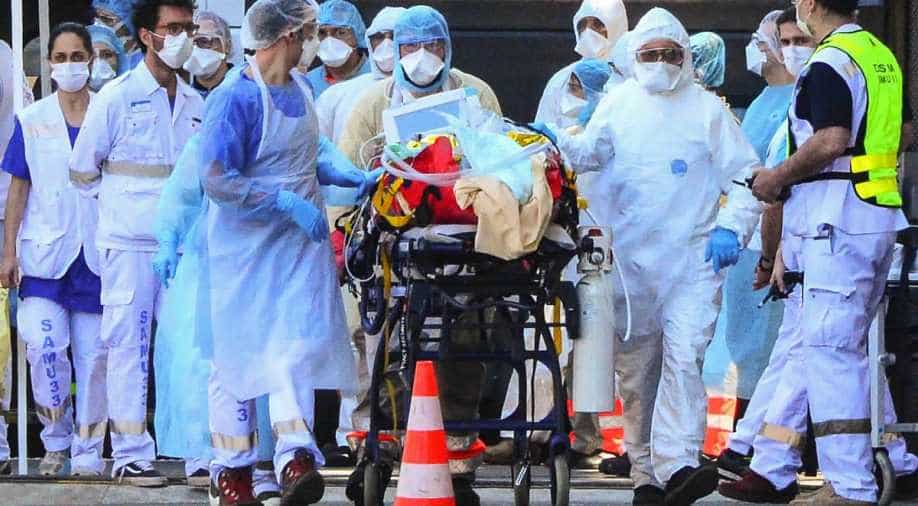 The world's largest economy added 53,158 new cases of the coronavirus and 1,262 more deaths because of it in the last 24 hours.

The number of COVID-19 cases in the United States surpassed 4.81 million on Wednesday according to the Center for Systems Science and Engineering (CSSE) at Johns Hopkins University.

Meanwhile, the national death toll from the disease rose to 157,930, according to the CSSE.

The world's largest economy added 53,158 new cases of the coronavirus and 1,262 more deaths because of it in the last 24 hours, the Baltimore-based institution's tracker showed.

States with over 180,000 cases also include Georgia, Illinois, New Jersey and Arizona, the CSSE data showed.

President Donald Trump nonetheless remained optimistic Wednesday, saying "This thing's going away. It will go away like things go away and my view is that schools should be open."

The pandemic has seen a resurgence in the US since June in many states, particularly in the south and west.

One of them, Florida, on Wednesday surpassed half a million cases since the start of the crisis.

In Arizona, another badly hit state, more than 500 inmates in a Tucson jail, more than half the facility's population, tested positive for coronavirus, local prison officials said.