US charges against Julian Assange to be unveiled on Friday 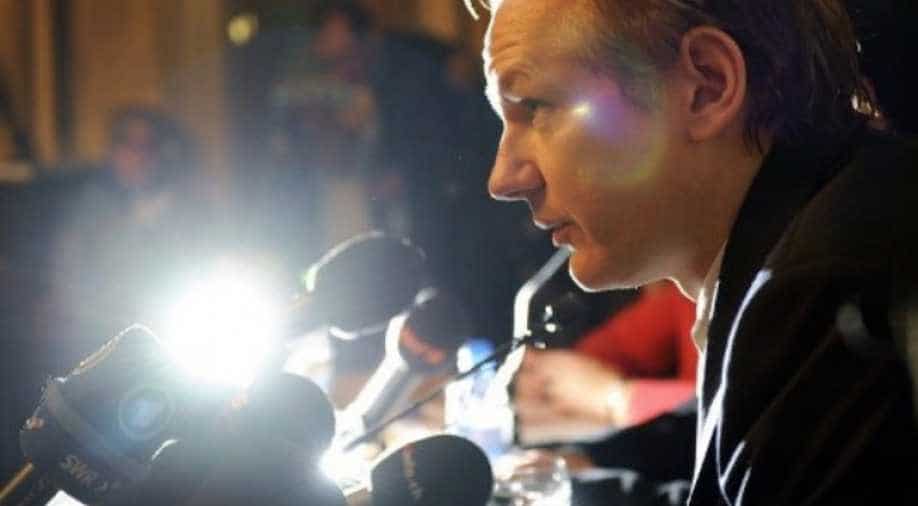 'The American authorities, the Department of Justice, will present the evidence in support of their extradition demand,' Kristinn Hrafnsson told reporters.

The United States will detail all the charges against WikiLeaks founder Julian Assange when it seeks his extradition in a London court on Friday, the editor of the whistleblowers' website said on Tuesday.

"The American authorities, the Department of Justice, will present the evidence in support of their extradition demand," Kristinn Hrafnsson told reporters.

The US Justice Department confirmed on Tuesday that it had submitted a formal extradition request.

The 47-year-old Australian is not expected to attend Friday's hearing but could take part from prison via video link, although it will be largely procedural.

The "first real confrontation of arguments" in court will not be for several weeks or months, Hrafnsson said.

On the run from extradition to Sweden on accusations of sexual assault, Assange lived inside Ecuador's embassy to London for seven years after being granted asylum.

He was arrested by British police in April after Ecuador finally withdrew his asylum and is now serving a 50-week prison sentence for violating his bail conditions.

The US has accused Assange of violating the US Espionage Act by publishing military and diplomatic files in 2010.

The 18 charges against Assange reject his claim he was simply a publisher receiving leaked material -- which would be protected under press freedom legislation.

Hrafnsson said the charges were "very revealing about the nature of this entire case".

He said the Espionage Act was part of an "archaic legal framework... and has never been used against a publisher and a journalist".

"It's an indication of the watershed moment that we are now seeing in the attack on journalism," he said.

Detained at London's Belmarsh high-security prison, Assange has been transferred to a medical unit due to concerns about his health.

He received a visit on Tuesday from his father, John Shipton, and the Chinese dissident artist Ai Weiwei, Britain's Press Association reported.