US carries out airstrikes against militant groups in Iraq, Syria 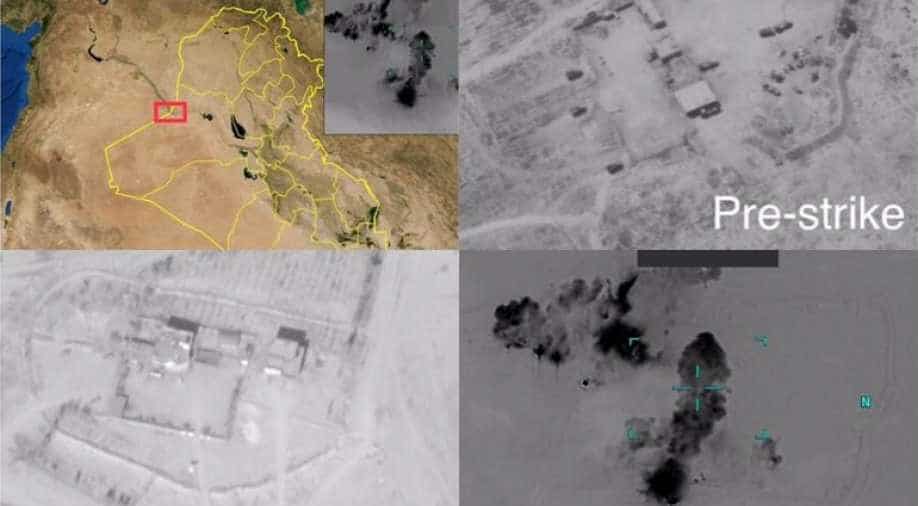 A combination of images depicts the US military says are bases of the Kataib Hezbollah militia group that were struck by US forces, in the city of Al-Qa'im, Iraq December 29. Photograph:( Reuters )

Reports said at least 19 fighters were killed in the attack. The strikes were carried out in three locations in Iraq and two in Syria.

US jets carried out airstrikes in Iraq and Syria, two days after a US contractor was killed in Kirkuk, north Baghdad.

The Pentagon said it carried out strikes against militant groups in Iraq and Syria.

Reports said at least 19 fighters were killed in the attack. The strikes were carried out in three locations in Iraq and two in Syria.

"KH has a strong linkage with Iran's Quds Force and has repeatedly received lethal aid and other support from Iran that it has used to attack," the coalition forces said.

"Will degrade KH's ability to conduct future attacks against coalition forces," it added.

The strikes came after a US civilian contractor was killed in a rocket attack in Iraq's oil-rich Kirkuk city on Friday.

"The strikes were successful. The pilots and aircraft returned back to base safely," US Defense Secretary Mark Esper said, adding that US F-15 jet fighters hit five Kata'ib Hezbollah targets in Western Iraq and Eastern Syria.