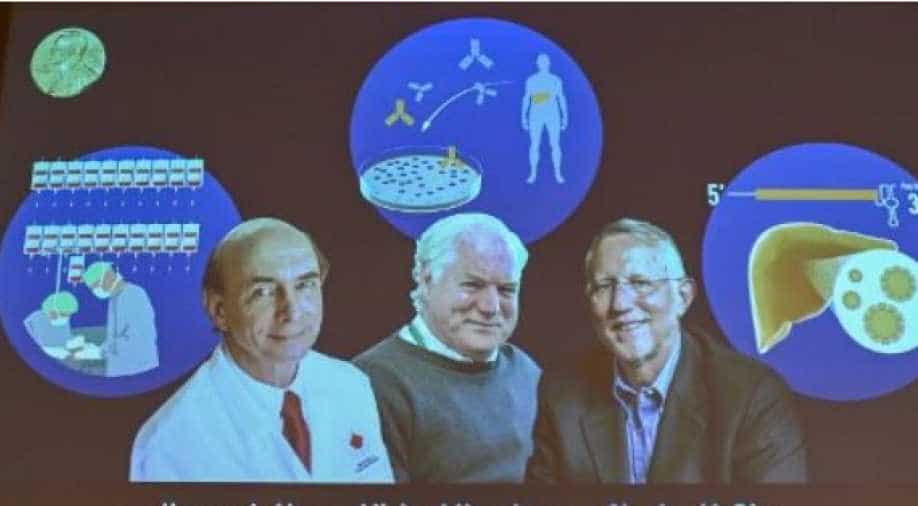 The Nobel Committee said the "three scientists have made a decisive contribution to the fight against blood-borne hepatitis".

BREAKING NEWS:
The 2020 #NobelPrize in Physiology or Medicine has been awarded jointly to Harvey J. Alter, Michael Houghton and Charles M. Rice “for the discovery of Hepatitis C virus.” pic.twitter.com/MDHPmbiFmS

The Committee said the "three scientists have made a decisive contribution to the fight against blood-borne hepatitis" while adding that it is a "major global health problem that causes cirrhosis and liver cancer in people around the world."

"Harvey J. Alter, Michael Houghton and Charles M. Rice made seminal discoveries that led to the identification of a novel virus, Hepatitis C virus. Prior to their work, the discovery of the Hepatitis A and B viruses had been critical steps forward, but the majority of blood-borne hepatitis cases remained unexplained," the Nobel Committee informed.

"The Nobel Laureates’ discovery of Hepatitis C virus is a landmark achievement in the ongoing battle against viral diseases," it said, adding," Thanks to their discovery, highly sensitive blood tests for the virus are now available and these have essentially eliminated post-transfusion hepatitis in many parts of the world, greatly improving global health.

The Committee said that due to their discovery it allowed rapid development of anti-viral drugs directed at hepatitis C.

"For the first time in history, the disease can now be cured, raising hopes of eradicating Hepatitis C virus from the world population," it asserted while informing that to achieve the goal international efforts facilitating blood testing and making anti-viral drugs available across the globe will be required.