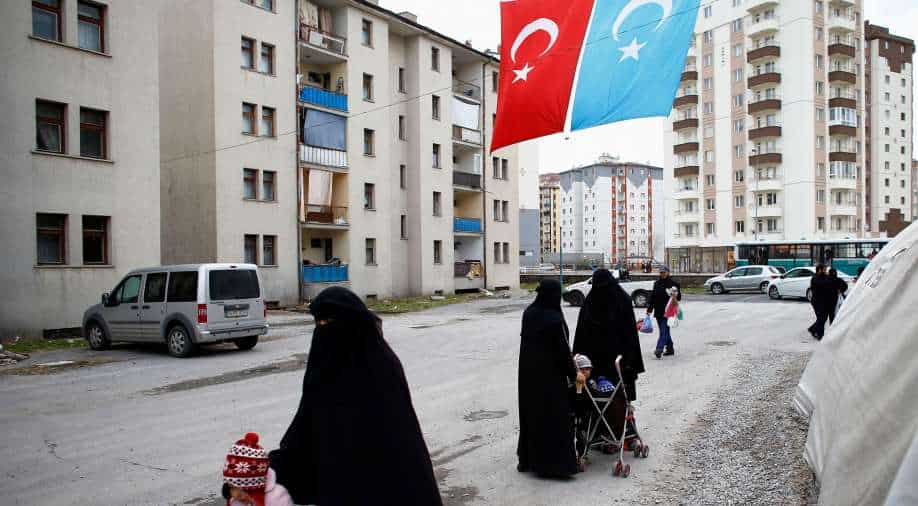 The US Treasury Department in a statement said that China's artificial intelligence company SenseTime, and two ethnic Uyghur political leaders took part in the sweeping oppression of Uyghurs

The US Treasury Department in a statement said that China's artificial intelligence company SenseTime, and two ethnic Uyghur political leaders, Shohrat Zakir and Erken Tuniyaz, took part in the sweeping oppression of Uyghurs.

The US added that Chinese artificial intelligence company SenseTime to a list of “Chinese military-industrial complex companies”, accusing it of having developed facial recognition programs that can determine a target's ethnicity, with a particular focus on identifying ethnic Uyghurs.

The Treasury said SenseTime's facial recognition programs were designed in part to be used in Xinjiang against Uyghurs and other mostly Muslim minorities, more than one million of who have been incarcerated in prison camps in the region.

"The mass detention of Uyghurs is part of an effort by (Chinese) authorities to use detentions and data-driven surveillance to create a police state in the Xinjiang region," the Treasury said.

The US sanctions come on the day when the world was observing the International Human Rights Day on Friday.

“Our actions today, particularly those in partnership with the United Kingdom and Canada, send a message that democracies around the world will act against those who abuse the power of the state to inflict suffering and repression.”

Apart from China, Myanmar, North Korea and Bangladesh have also been placed under sanctions for alleged human rights violations.

Canada and the United Kingdom also joined the United States in imposing sanctions related to human rights abuse in Myanmar.