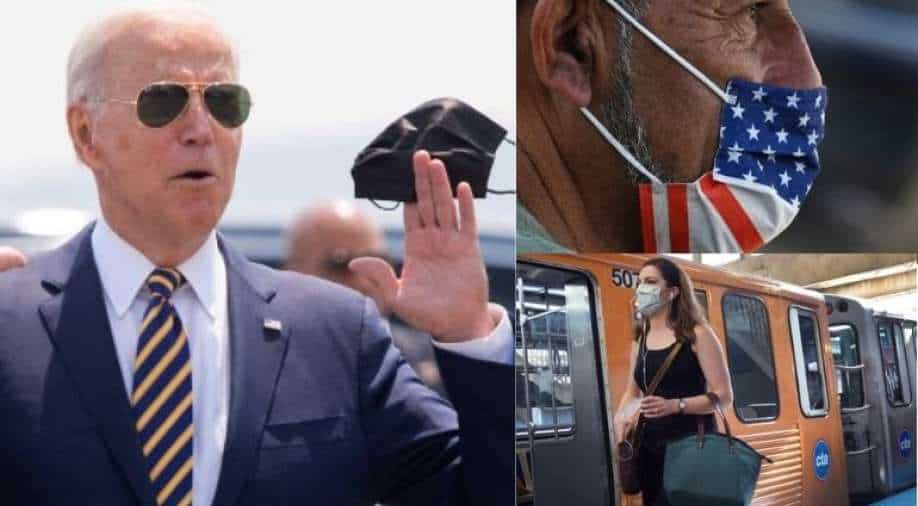 The United States has begun averaging 380 deaths a day with hospitalisations rising to 7,300 a day

US witnessed 100,000 daily seven-day average for new coronavirus cases as Florida faced the brunt of the Delta variant sweeping the country.

Centres for Disease Control and Prevention (CDC) director Rochelle Walensky had earlier warned that the new variant could affect both adults and children.

Several schools in the United States are set to reopen fuelling anxiety among parents even as Florida's Governor Ron DeSantis asserted the reimposition of mask mandates.

The US government had allowed vaccination for children over 12 but testing is still underway for younger children.

The White House had said on Friday that half of the US population has been fully vaccinated. The Biden administration has asked all federal employees to get vaccinated or face testing twice a week as daily cases, deaths and hospitalisations have surged in the past few weeks.

The United States has begun averaging 380 deaths a day with hospitalisations rising to 7,300 a day with community-level transmission at a high in 85 per cent of the country, according to the Centers for Disease Control and Prevention.

President Biden had earlier warned Americans that the virus is "moving like wildfire through the unvaccinated community."

"It's heartbreaking, particularly because it's preventable," the US president lamented as the virus continued to surge in the country's south and Midwest.

"If you aren't going to help at least get out of the way of the people that are trying to do the right thing," Biden said on vaccination campaigns as several businesses and schools have begun resisting COVID-19 regulation.

The United States is the worst-hit country with the virus with over 613,700 deaths and over 35 million infected cases. The virus has so far killed over 4.2 million people globally even as the US has shipped 111.7 million doses of the vaccine.