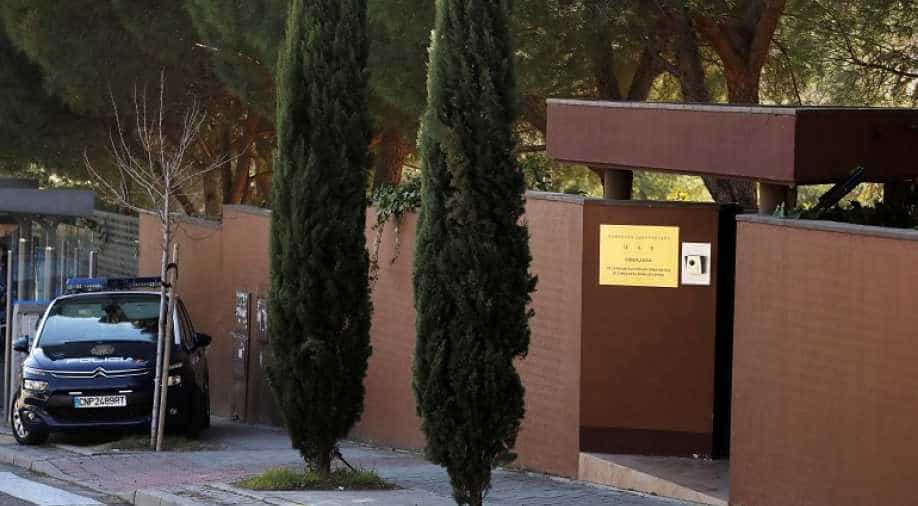 Christopher Ahn was arrested on Thursday and appeared on Friday in federal court in Los Angeles, according to a law enforcement official and a source close to the group.

US authorities have arrested a former US Marine who is a member of a group that allegedly raided the North Korean embassy in Madrid in February and stole electronics, two sources familiar with the arrest said on Friday.

Christopher Ahn was arrested on Thursday and appeared on Friday in federal court in Los Angeles, according to a law enforcement official and a source close to the group.

In a related development, armed US federal agents on Thursday raided the apartment of Adrian Hong, leader of Cheolima Civil Defense, a group seeking the overthrow of North Korean leader Kim Jong-un that is blamed for the February 22 embassy raid, a person close to the group said without providing more details. Hong was not present at his residence when the raid occurred, the source said.

A group of at least 10 people stormed into the embassy, restrained and physically beat some personnel and held them hostage for hours before fleeing, according to a Spanish court.

Spanish investigators have said the intruders removed computers and hard drives from the embassy before fleeing to the United States, where they handed over the material to the FBI.

A Spanish judicial source said this week the material had been returned by Spanish authorities to Pyongyang's mission after being returned two weeks previously by the FBI to the Spanish court investigating the raid.

The anti-Kim group, which also calls itself Free Joseon, said the raid was not an attack and that it had been invited into the embassy.

The incident came at a sensitive time, just days ahead of a second summit between US President Donald Trump and Kim Jong-un at which the US leader failed to make progress in efforts to persuade North Korea to give up a nuclear weapons program.

North Korea's foreign ministry denounced the incident a "grave terrorist attack" and cited rumours that the FBI was partially behind the raid. The US State Department has said Washington had nothing to do with it.

Three of the intruders took an embassy official into the basement during the raid and tried to encourage him to defect from North Korea, according to a detailed document made public on March 26 by the Spanish court.

While the document said several members of the group, including Hong - a Mexican passport holder with US residency - fled to the United States, their whereabouts are unclear.

The Spanish court is seeking their extradition.