Mystery deepens over raid at North Korea's embassy in Madrid 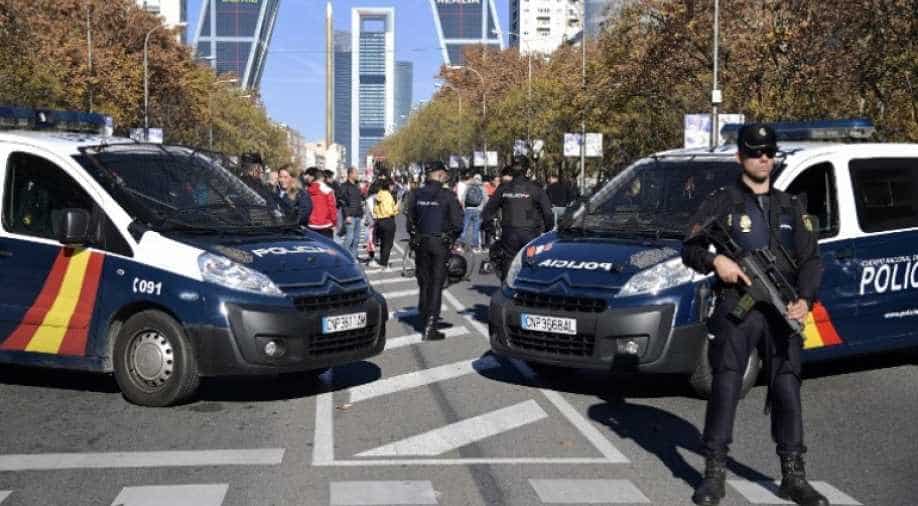 A dissident organisation known as the Cheollima Civil Defense (CCD) said it had orchestrated the raid carried out on February 22 to end illicit activities rampant in North Korea's foreign missions.

The mystery over a commando-style assault on North Korea's embassy in Madrid, allegedly led by man who had an Uber account in the name of "Oswaldo Trump", deepened Wednesday after a shadowy group committed to overthrowing North Korean leader Kim Jong Un claimed responsibility.

A dissident organisation known as the Cheollima Civil Defense (CCD) said it had orchestrated the raid carried out on February 22 to end illicit activities rampant in North Korea's foreign missions.

It denied using any violence, saying in a statement on its website that its members were invited into the embassy "and contrary to reports, no one was gagged or beaten." But the statement contradicts a Spanish National Court report published a day earlier, which said a group of people had roughed up employees of the embassy and robbed computers before fleeing.

The alleged leader of the group, Adrian Hong Chang, a 35-year-old Mexican who had an Uber account in the name of Oswaldo Trump, contacted "the FBI in New York five days after the assault" with information related to the incident in the embassy, the court added.

The embassy raid came just days before a high-stakes nuclear summit in Hanoi between Kim and US President Donald Trump that ultimately failed to reach an accord.

The timing has fuelled speculation that the assailants were trying to get information on North Korea's former ambassador to Spain, Kim Hyok Chol, who became North Korea's top nuclear negotiator after he was expelled from Spain in 2017.

CCD said the raid had no links to the Hanoi summit -- which ended abruptly with no agreement -- and that no other governments were involved until after the event.

But it added it had "shared certain information of enormous potential value with the FBI in the United States, under mutually agreed terms of confidentiality."

Hong Chang, who lives in the United States, first visited the North Korean embassy in Madrid on February 7, presenting himself as Matthew Chao, a "managing partner" at a firm he called Baron Stone Capital, according to the court's report.

He said he was interested in investing in North Korea and asked to meet with embassy's charge d'affaires.

Hong Chang later visited a shop where he would buy the knives and fake guns which were later used during the raid on the embassy before leaving Spain on February 9.

He returned to Spain on February 19 via Prague. Three days later a group of ten men led by Hong Chang broke into the embassy and tied up its occupants and covered their heads with plastic bags.

Two members of the group took the charge d'affaires to the embassy's basement and tried to convince him to defect, which he refused.

One embassy employee managed to escape by jumping from a first-floor balcony, seriously injuring herself, and managed to call the police.

When officers arrived at the embassy, Hong Chang -- who wore a pin badge depicting North Korea's leader -- opened the door and claiming to be a high embassy representative convinced them that there was no problem.

The gang then fled, most of them in embassy vehicles. The following day Hong Chang flew from Lisbon to New York.

A police source told AFP that the court had issued international arrest warrants for members of the gang but could not say how many nor if they involved Hong Chang.

CCD -- which offers to assist people attempting to defect from North Korea -- emerged in 2017 when it posted an online video of the son of the North Korean leader's assassinated brother, saying it had guaranteed his safety.

Last month the group declared itself a government-in-exile for the North called "Free Joseon", using an old name for Korea. (

Deal is possible: Trump says 'thank you to Iran' as US Navy veteran Michael White released from prison