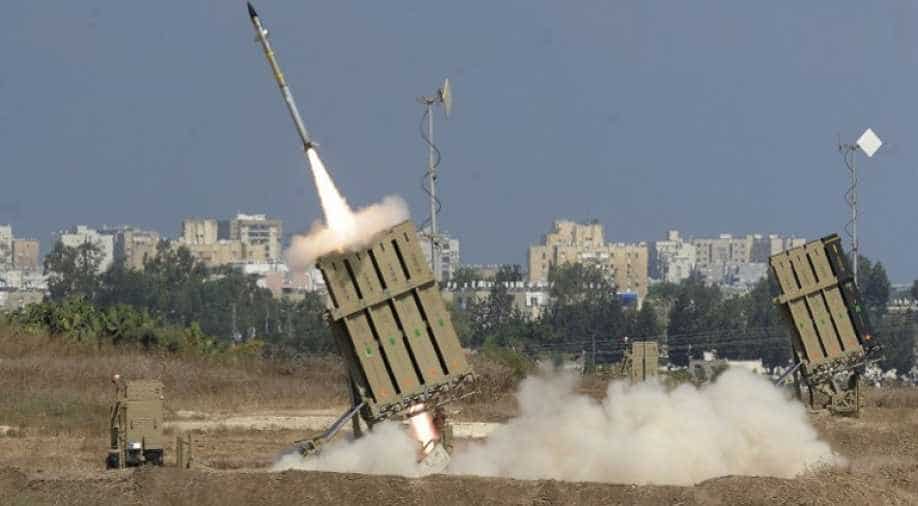 The US Army said Wednesday it wants to purchase a pair of Iron Dome short-range air defence systems, an interceptor technology developed by Israel with US support.

Army spokesman Colonel Patrick Seiber said the deal would meet a short-term need to protect troops from "indirect fire" such as rockets and mortars.

No decisions have been made yet about where the two systems may be deployed.

"The Iron Dome will be assessed and experimented as a system that is currently available to protect deployed US military service members against a wide variety of indirect fire threats and aerial threats," Seiber said in a statement.

Iron Dome systems have been in operation by the Israeli Air Force since 2011 and have seen frequent use in thwarting rocket attacks from Gaza and elsewhere.

Seiber said the US Army will "assess a variety of options" for a system that could be used in the long term.

Israeli Prime Minister Benjamin Netanyahu, who also serves as defence minister, called the deal further proof of Israel's alliance with the US.

"Israel has an Iron Dome and an iron fist. Our systems know how to deal with any threat, both in defence and in the attack. I would not recommend our enemies to try us," he said in a defence ministry statement.

Seiber said the US Army proposes spending $1.6 billion through 2024 to field an "enduring capability" that may include portions of the Iron Dome system.

The Iron Dome system was developed by Israel's Rafael Advanced Defense Systems with the help of US funding.

It is designed to intercept rockets and artillery shells fired from a range of four to 70 kilometres (three to 45 miles).