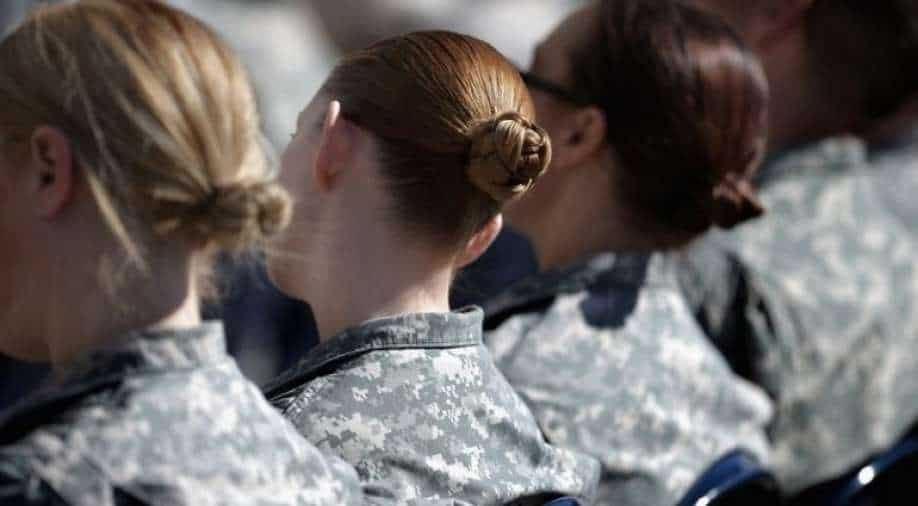 Women in the US army Photograph:( AFP )

Calling it an effort to increase 'diversity' and 'inclusion', the US army has updated its grooming standards to address the disparate impact on female soldiers

In major "major revisions" to its regulations, the US Army has amended its uniform rules and allowed women to wear ponytails and lipsticks while letting men use clear nail polish.

Women in the US Army who are breastfeeding or pumping will also be allowed to wear an undershirt in addition to relaxed grooming standards. They will come into effect o February 24.

Calling it an effort to increase ''diversity'' and ''inclusion'', the US army has updated its grooming standards to address the disparate impact on female soldiers.

The #USArmy has revised Army Regulation 670-1, Wear and Appearance of Army Uniforms and Insignia.

The updates will be effective Feb. 25, 2021 and directly supports the Army’s diversity and inclusion efforts.

The changes are the result of a review launched last year under previous defence secretary Mark Esper, part of an examination of racial discrimination and mistreatment of minorities in the military.

In the past women with longer hair had to tie it in buns, which many said was uncomfortable and interfered with their helmets.

Lt. Gen. Gary Brito, Army deputy chief of staff for personnel said: "We are continuously assessing our policies to identify areas for improvement, then implementing policies that demonstrate our commitment to ensuring all Soldiers feel as though they are valued members of the Army team."

"We know that actions speak louder than words when it comes to inclusivity and equity within our ranks, and we believe that the changes we announced today are one example of policies that put our people first." 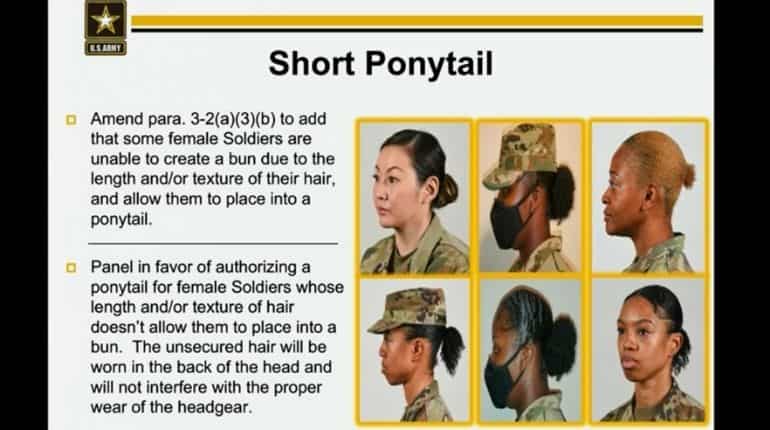 In picture: US Army grooming standards and AR 670-1

The decision received a mixed response on social networking platform Twitter with some making fun of it while others applauded the move.

As a vet I applaud the Army's progressive stance. Thank you.

The announcement comes a week after the US Air Force had changed its rules on how women in the service are allowed to wear their hair.

President Joe Biden on Monday signed an executive order that overturned a controversial ban by his predecessor on transgender individuals serving in the US military, a move cheered by LGBTQ advocates that fulfils a campaign promise.

“It’s simple: America is safer when everyone qualified to serve can do so openly and with pride,” Biden said on Twitter after the signing.

When Trump announced the ban in 2017 on Twitter, he said the military needed to focus on “decisive and overwhelming victory” without being burdened by the “tremendous medical costs and disruption” of having transgender personnel.

Austin in a statement said he supported the move and would immediately take action to ensure that transgender people are eligible to enter the military.

The US Supreme Court ruled that the Trump transgender policy of 2019 could stand while it faces separate lawsuits in lower courts.

About 1.3 million active personnel serve in the US military, Department of Defense data shows. There are no official figures on the number of trans members but the Rand Corp, a US policy research institute, estimated in 2016 about 2,450 active service members were transgender.