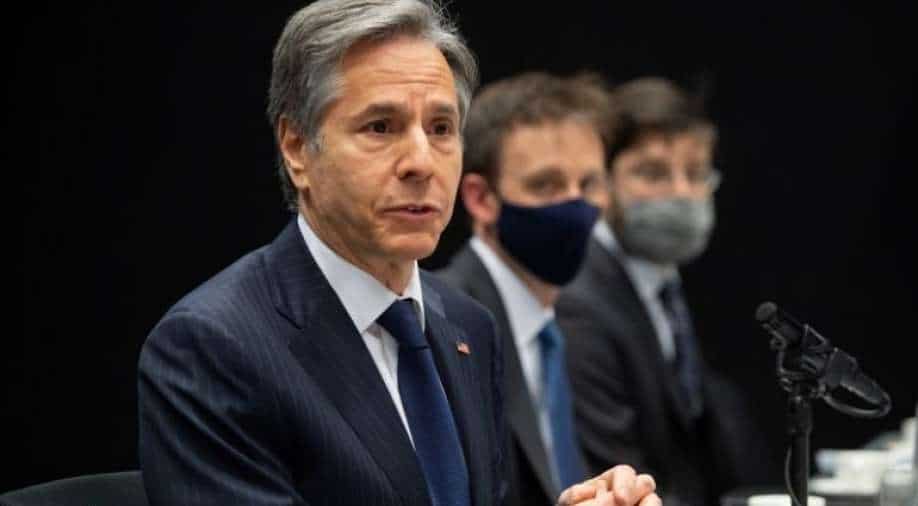 US Secretary of State Antony Blinken and Russia's Foreign Minister Sergei Lavrov are due to hold talks on Wednesday night ahead of a possible presidential summit in June in an attempt to improve the dire relations between the former Cold War foes.

The face-to-face talks on the sidelines of a gathering of eight foreign ministers in Reykjavik will be the highest-level meeting since US President Joe Biden took office in January.

Also read | Will US, Russia fight it out or resolve issues?

Ties have been fraught since March when Biden, not long into his presidency, said he regarded President Vladimir Putin as a "killer", prompting Moscow to recall its US ambassador for consultations. The envoy still has not returned.

Washington then imposed sanctions and expelled Russian diplomats over "malign" activities denied by Moscow, pushing Russia to retaliate in kind. It later barred the US Embassy from hiring local staff.

Given the adversarial prelude, immediate gains from the meeting between Blinken and Lavrov are likely to be modest, though they could pave the way for a Putin-Biden summit next month.

The summit idea was floated by the White House last month, but it has still not been publicly confirmed. Russia's Kommersant newspaper on Monday cited government sources touting Switzerland as the likeliest venue.

US State Department spokesman Ned Price said Lavrov and Blinken would meet after a meeting of the Arctic Council, a regional grouping of eight nations. The talks are scheduled to start at 2115 GMT.

Washington's relations with Moscow have been at post-Cold War lows for years, strained over everything from election meddling allegations to Ukraine and the jailing of Kremlin critic Alexei Navalny.

"We don't seek to escalate, we are simply looking for a more predictable, stable relationship," a senior State Department official said.

Besides the summit, the talks could broach the subject of their diplomatic missions that have been crimped by tit-for-tat expulsions as well as progress on nuclear arms control.

Russia's lower house of parliament voted on Wednesday to back Moscow's exit from the Open Skies treaty, which allows unarmed surveillance flights over member countries and which Washington quit in November under Donald Trump.

Russia, which says it may complete the withdrawal process in December, has said it would consider staying in the treaty if Biden rejoins it, but that it has so far seen no sign that will happen.

The Kremlin said on Wednesday, that strategic stability should be high on the agenda of a possible Putin-Biden meeting.

Also read | With Russia at Ukraine door, US and EU look for options

Lavrov, 71, has been the face of Kremlin foreign policy since 2004 as Moscow has asserted what it says is its rightful standing as a world power. Russia has beefed up its military presence in the Arctic and invested in northern infrastructure.

Blinken accused Moscow on Tuesday of making "unlawful maritime claims" on the regulation of foreign vessels transiting the shipping route over Russia's long northern coastline. He said Washington was worried about the region's increasing militarization.

Lavrov on Monday dismissed NATO concerns about increasing Russian military activity in the Arctic, saying Moscow was right to ensure the security of its northern coastline.

He said Moscow would wait to see what Washington meant by stable and predictable ties with Russia.

"If that means stable, predictable sanctions then that's not what's needed."