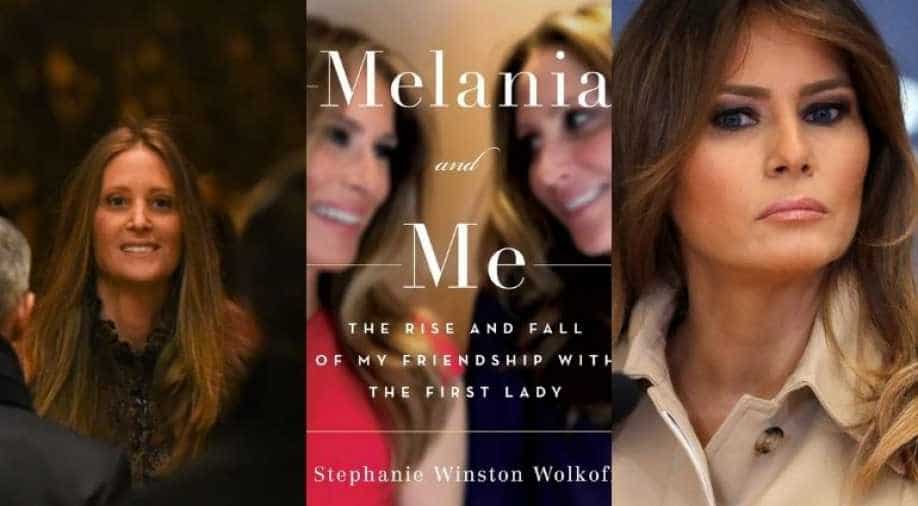 Melania and Me Photograph:( Reuters )

The Justice Department claims that the writer failed to submit the first draft of the book for a review, which is against the agreement

The US Justice Department has accused Melania Trump's former friend turned foe of breaking a nondisclosure agreement between the two friends for her personal benefits.

As per this accusation, Stephanie Winston Wolkoff — who wrote a tell-all book about the first lady — had violated the terms of a nondisclosure agreement, and the department has therefore asked the court to set aside profits from the book in a government trust.

In her book titled, "Melania and Me: The Rise and Fall of My Friendship with the First Lady", Wolkoff has discussed the relationships between the Trump family at lengths. The book has brought out a highly unflattering portrayal of the First Lady.

The Justice Department claims that the writer failed to submit the first draft of the book for a review, which is against the agreement.

However, Wolkoff has denied these accusations stating that the confidentiality provisions ended "when the White House terminated the agreement."

"The president and first lady’s use of the U.S. Department of Justice to silence me is a violation of my First Amendment Rights and a blatant abuse of the government to pursue their own personal interests and goals," she said.

The US government has asked the writer to set aside the profits from the book or anhy subsequent movie deal into a "constructive trust".

"The United States seeks to hold Ms. Wolkoff to her contractual and fiduciary obligations and to ensure that she is not unjustly enriched by her breach of the duties she freely assumed when she served as an adviser to the first lady," said a copy of the complaint seen by Reuters.

The book was published nearly six weeks ago and appeared on New York Times bestseller list for a while.

The accusation has come weeks before the US election 2020, in which Melania's husband Donald Trump is rallying against Joe Biden.