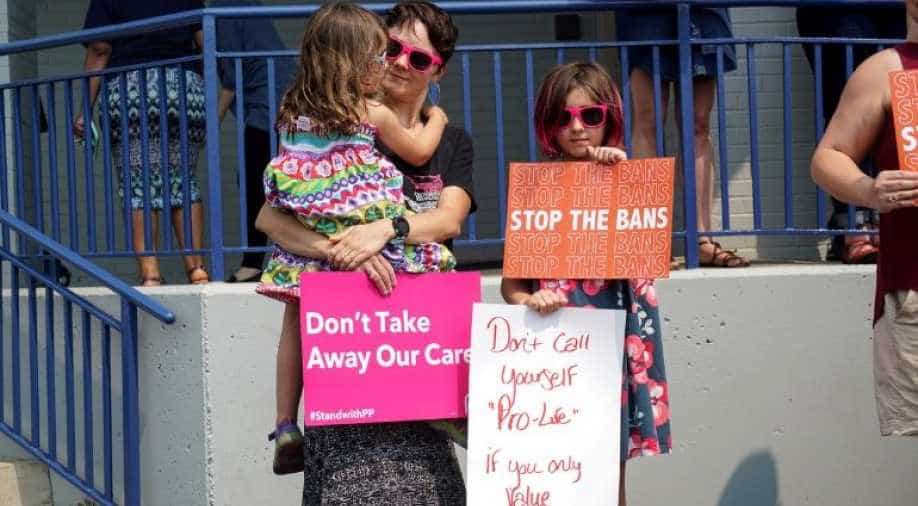 Abortion rights groups Planned Parenthood and the American Civil Liberties Union filed a federal lawsuit in July and want a judge to put the law on hold until their legal challenge is heard in court.

Opponents of a new law in Missouri restricting most abortions after eight weeks of pregnancy will ask a federal judge on Monday to stop the law from taking effect this week.

Abortion rights groups Planned Parenthood and the American Civil Liberties Union filed a federal lawsuit in July and want a judge to put the law on hold until their legal challenge is heard in court.

The new law, signed by Republican Governor Mike Parson in May and set to take effect on Wednesday, allows for an abortion after the eighth week only in the case of medical emergencies and does not exempt victims of rape or incest.

The law is one of the most restrictive in the United States and activists say it effectively forbids most abortions since many women do not know they are pregnant yet at eight weeks.

The 31-page complaint filed in the US District Court for the Western District of Missouri contends that the legislation is unconstitutional.

"Without this relief, the bans will have a devastating effect on patients seeking access to abortion in the state," lawyers wrote in the complaint.
In a perennially divisive moral and political fight, similar laws have been proposed in more than a dozen other US states as Republican-controlled legislatures flex their muscles.

Efforts to roll back Roe v. Wade, the US Supreme Court decision legalizing abortion in 1973, have been emboldened by two appointments by President Donald Trump giving conservatives a solid majority on the court.

Parson said in May the new law would make Missouri "one of the strongest pro-life states in the country."

The plaintiffs in the Missouri complaint said the law conflicts with more than four decades of binding precedent, would prohibit "the vast majority of pre-viability abortions", and denied patients healthcare they were entitled to.

Currently, the state law allows abortions up until 22 weeks of pregnancy.

Attorneys for the governor's office, the ACLU and Planned Parenthood were not available for comment early on Monday.