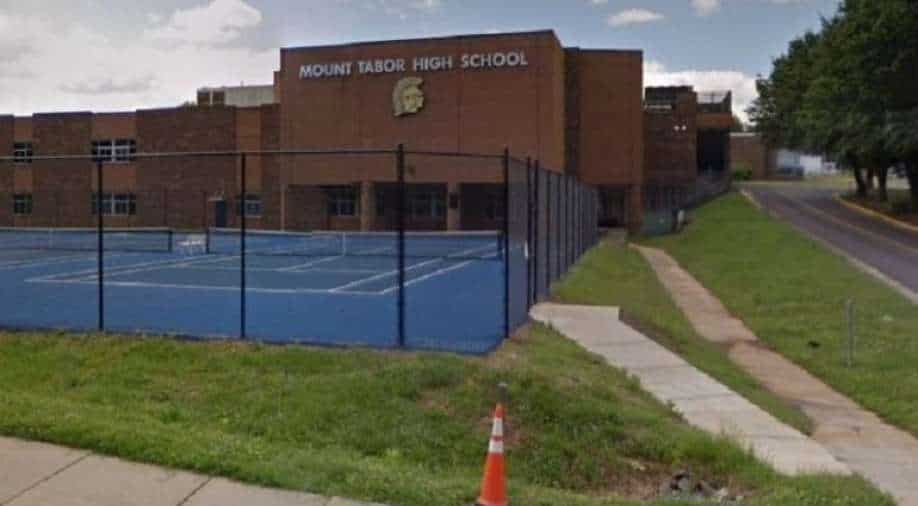 All students were immediately moved to the Harris Teeter Shopping Center in the same neighbourhood, from where the parents could meet and pick up their traumatised children

Another school shooting rocked the state of North Carolina in the US on Wednesday, leaving one student dead.

Around 12:07 pm, someone from inside the Mount Tabor High School called the local police reporting an ongoing shooting in the school premises.

Authorities with emergency services were immediately dispatched to the school in Winston Salem as the suspect ran for his life.

The suspect was at large for several hours after the shooting, but was eventually caught and taken into custody without any further violence, the sheriff’s office reported.

As per local reports and claims by local people, two students started beating each other, which then resulted in one of them firing a gun at the other student.

"The suspect from the shooting at Mt Tabor High School was taken into custody without incident, with the US Marshals Carolinas Regional Fugitive Task Force," a statement from the police department read. "The investigation is on-going and we will release more information as appropriate. Our continued prayers for the family and loved ones of William Chavis Raynard Miller, Jr."

As of now, the motive behind this shooting is not yet clear and the police has not yet disclosed the identity of the shooter.

All schools in the neighbouring area were immediately put on a lockdown as a precaution. However, no further cases of violence were reported.

All students were immediately moved to the Harris Teeter Shopping Center in the same neighbourhood, from where the parents could meet and pick up their traumatised children. The school authorities took nearly 1,000 students to the shopping center in waves.

However, the scene at the shopping centre was also very chaotic as rumours were flying around about another possible shooting. The local police department has rubbished these rumours.