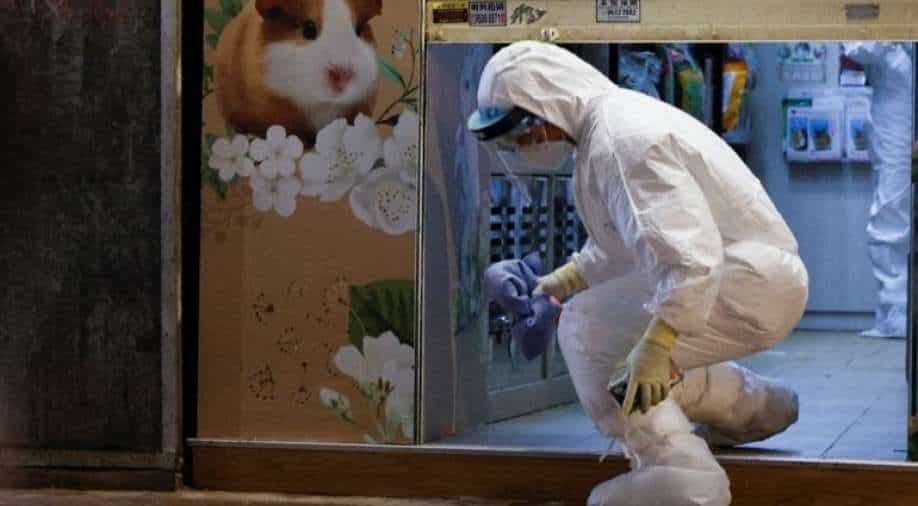 After hamsters in a pet store tested positive for COVID-19, Hong Kong's authorities were forced to slaughter thousands of small animals, sparking an uproar.

Thousands of people volunteered in Hong Kong on Wednesday to adopt unwanted hamsters after the government issued a mass cull order due to COVID-19 worries, raising fears that panicked owners might abandon their pets.

Animal rights activists in Hong Kong were outraged, with a Change.org petition garnering over 23,000 signatures in less than a day and the Society for the Prevention of Cruelty to Animals (SPCA) condemning the decision.

After connecting a coronavirus outbreak to a worker at the Little Boss petshop, where 11 hamsters tested positive for COVID-19, authorities ordered the culling of 2,000 hamsters from dozens of pet stores and storage facilities on Tuesday.

There is no indication that animals play a significant role in human coronavirus infection, according to scientists from around the world and Hong Kong's health and veterinary authorities.

But having pursued a policy of zero tolerance for COVID-19, Health Secretary Sophia Chan said on Tuesday she could not rule out any transmission possibilities and therefore the government could not take any chances.

Also read | Omicron in Beijing may have arrived by mail from Canada: Report

Soon after, health workers in hazmat suits were seen walking out of pet shops around the city carrying red plastic bags into their vans. Some 150 of the petshop`s customers were sent into quarantine.

Public broadcaster RTHK said some hamster owners were seen handing over their animals at a government facility in the New Territories, while groups swiftly formed on social media to identify new owners for unwanted pet rodents.

Ocean, 29, a hamster owner and the administrator of "Hong Kong the Cute Hamster Group" on the Telegram social media app, said the group was contacted by almost 3,000 people willing to take care of unwanted animals temporarily.

Three young owners were pressured by their families to get rid of their hamsters even though they had all owned them for more than half a year, said Ocean, who declined to give her last name, fearing angry reactions from those who support the cull.