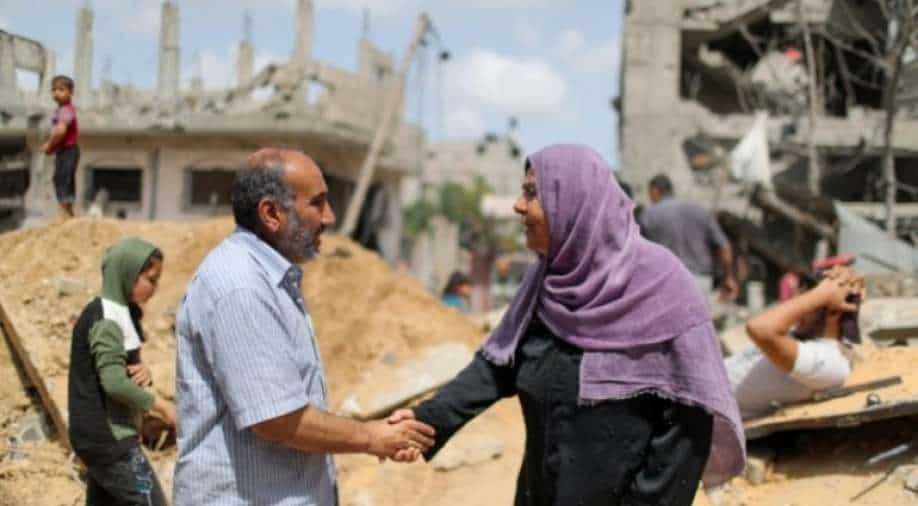 In its statement, the UNSC called for “full adherence to the ceasefire” while stressing on "the immediate need for humanitarian assistance to the Palestinian civilian population, particularly in Gaza”

The United Nations Security Council on Saturday urged both Israel and Hamas to stick to the ceasefire, in the council’s first statement on the violence that erupted on May 10. In its statement, the UNSC called for “full adherence to the ceasefire” while stressing on "the immediate need for humanitarian assistance to the Palestinian civilian population, particularly in Gaza”.

The United States delegation supported the statement this time after blocking previous drafts. A paragraph condemning the violence has been removed, for the question of blame could not be answered.

The earlier draft said the following - “Security Council members condemned all acts of violence against civilians, including acts of terror, as well as acts of provocation, incitement and destruction”.

On Saturday, the Israeli Foreign Ministry thanked the US for “continued support” for Israel’s “right to defend its citizens”. In addition, Israel placed “full blame” on Hamas for firing thousands of rockets at Israel.

The US delegation has been a strong supporter of Israel at the United Nations. Earlier, it had rejected a French draft which demanded an end to violence while calling for distribution of humanitarian aid through Gaza.

In the final statement, which was proposed by China, Norway and Tunisia, the wording goes as follows - “[UN] mourned the loss of civilian lives resulting from the violence."

UN Secretary-General Antonio Guterres called on the global community to develop a "robust package of support for a swift, sustainable reconstruction and recovery." The Council added how a comprehensive peace must be reached in the region where Israelis and Palestinians live side by side in peace.

The statement also recognised “the important role” played by Egypt and other regional countries in maintaining peace.