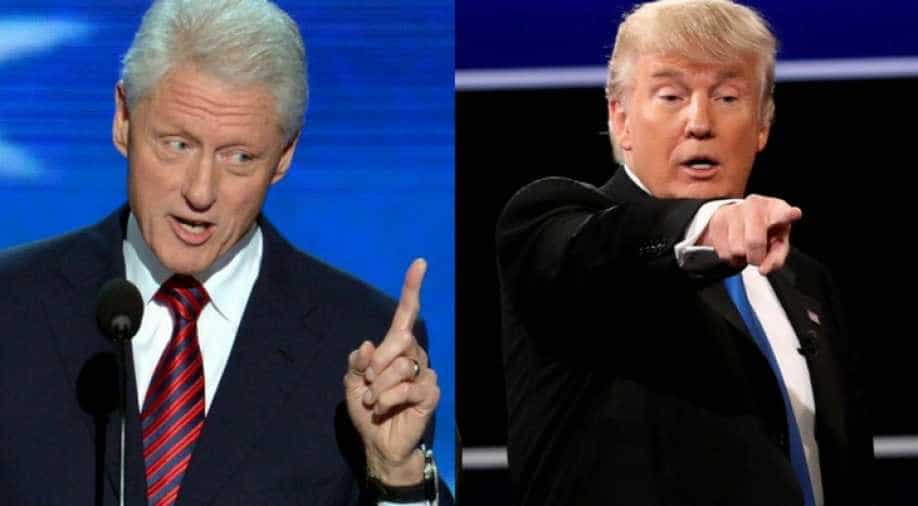 United States president Donald Trump has been accused of a number of sexual allegations in the recent past. But, Trump was perhaps not the only leader under this loop.

In 1998, Bill Clinton was accused of having a continuous affair with White House intern Monica Lewinsky from 1995 to 1997. However, two decades ago this week he declared that he "did not have sexual relations with that woman," under oath.

He was later tried for perjury and obstruction of justice which is when he finally admitted to the allegations. The charges were dropped after a 21-day Senate trial, but only after he resigned from the presidency.

Earlier, a lawyer from president Donald Trumps office allegedly paid $130,000 dollars to a former adult-actress a month before the 2016 elections, for her to keep mum about an alleged sexual encounter with Trump.

As per reports, Trump and Clifford had the encounter in Lake Tahoe, California, in 2006, a year after he married his third wife, Melania.

Clifford was 27 at the time and had come to represent the adult film studio Wicked, which made her films. She also got a picture clicked with Trump which had surfaced the net.

He was, though, married at the time and his wife, Melania, had given birth to their son less than four months earlier.

The lack of criticism surrounding Trump’s supposed affair with Daniels indicates an ambivalence toward him, and frankly, politicians in general when it comes to plain old sex scandals.

But Trump is no normal politician and in his tumultuous administration, "it's not even the biggest story of the week," wrote Aaron Blake in The Washington Post.

Tobe Berkovitz, an associate professor of advertising at Boston University, said Trump displays an uncanny ability to sail past scandals.

"Trump is an anomaly," said Berkovitz, who has served as a political consultant on numerous political campaigns in addition to teaching.

"Look at the litany of other politicians, celebrities and journalists who have just had the trap door open out from under them for behavior that might not be as egregious or as bad as Trump's," Berkovitz said.

Trump and the rest of the men on Capitol Hill won’t be hurt by the average sex scandal, and it’s because the public expects much worse from them.

Meanwhile, Cohen also denied the reports, saying, "These rumours have circulated time and again since 2011". "President Trump once again vehemently denies any such occurrence as has Ms Daniels".