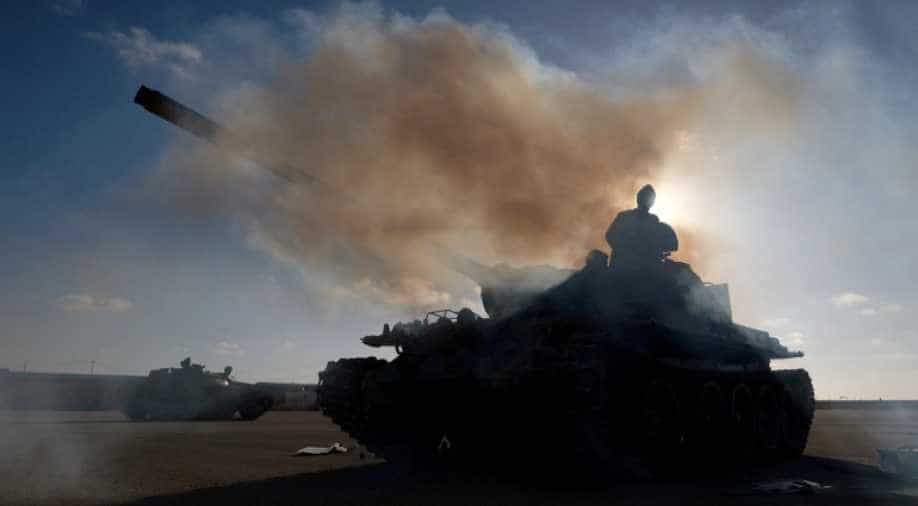 File photo: Members of Libyan National Army (LNA) commanded by Khalifa Haftar, get ready before heading out of Benghazi to reinforce the troops advancing to Tripoli, in Benghazi, Libya. Photograph:( Reuters )

The strike was carried out in coordination with the U.N.-backed Libyan Government of National Accord (GNA) in Tripoli.

The United States military command for Africa announced on Monday that it had killed seven suspected Islamic State jihadists in an airstrike in southern Libya, the fourth such operation in two weeks.

"Our pursuit of ISIS-Libya and other terrorist networks degrades their ability to effectively conduct operations against the Libyan people," said Africa Command director of operations William Gayler, using an alternative acronym for IS.

His statement said the strike was carried out in coordination with the U.N.-backed Libyan Government of National Accord (GNA) in Tripoli, and brings to 43 the number of suspected IS members killed by US forces in Libya since September 19.

Three airstrikes were carried out on September 19, 24, and 26 in the area around Murzuq, an oasis town some 1,000 kilometres south of Tripoli, killing eight, eleven, and seventeen IS terrorists respectively, according to Africom.

Libya's southern desert lies outside the control of the GNA and of rival forces loyal to eastern strongman Khalifa Haftar, although Haftar is alleged to have a presence there.

Since the start of an anti-GNA offensive launched by Haftar on April 4 to take Tripoli, analysts have warned of a security vacuum that could benefit IS in other parts of the country.