US Democrats introduce two articles of impeachment against President Trump 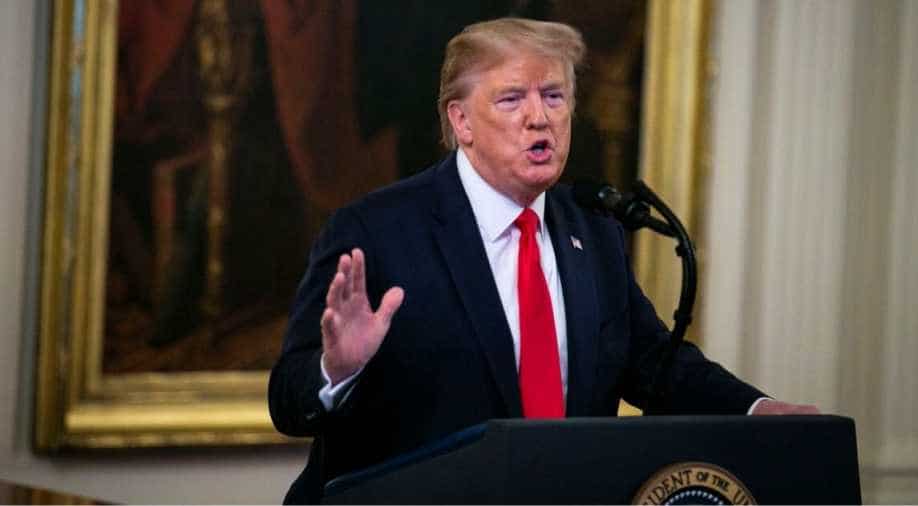 Democrats in the United States House of Representatives today introduced two articles of impeachment against President Donald Trump. Trump has been charged with abusing power and obstructing Congress.

Jerrold Nadler, Judiciary Committee Chairman said that '''(Trump) sees himself as above the law... We must be clear, no one, not even the president, is above the law.''

The committee is expected to take up the articles later this week in the next step of impeaching Trump.

Nadler was flanked by House Speaker Nancy Pelosi and fellow chairs of the committees.

Trump is accused of pressuring Ukraine to initiate a probe of a Democratic political rival and then of obstructing Congress' efforts to investigate his actions.

Nadler closed the nine-hour hearing on Monday with a condemnation of Trump's actions soliciting help from Ukraine against Democratic 2020 US presidential rival Joe Biden.

Democrats described Trump's actions as a "clear and present danger" to national security and the upcoming US election.

"The facts are clear. The danger to our democracy is clear and our duty is clear," Nadler said in his closing statement.

The Judiciary panel could vote this week on whether to send formal charges, known as articles of impeachment, to the full Democratic-led House.