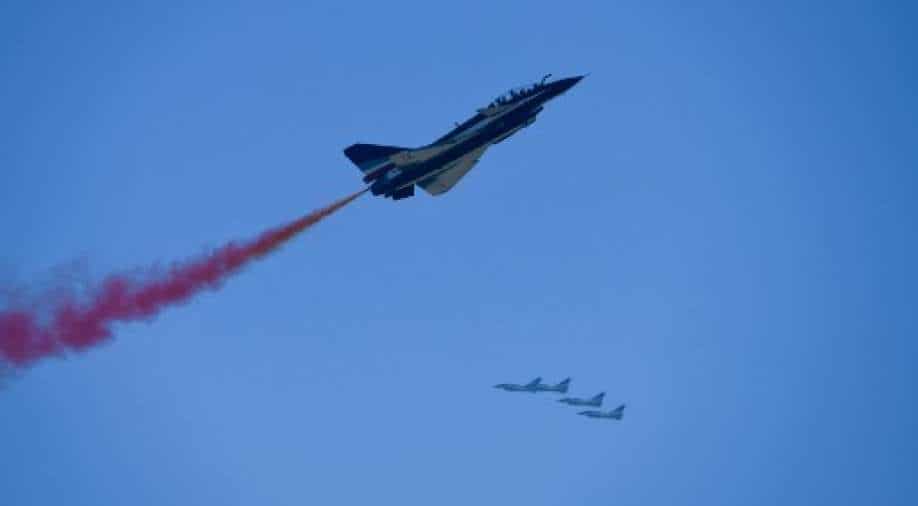 According to a report by the Stockholm International Peace Research Institute (SIPRI), the US and China carried the weight of the global arms market in 2019, while the Middle East made its debut among the "top 25" weapons manufacturers.

Beijing has not only become a major defence spender but increasingly stats say China is also turning into a top arms seller.

New research suggests China is now the world’s second-largest arms producer – after the United States and ahead of Russia – and it is becoming less dependent on foreign weapons and military technology.

Also read: US steps up arms sale to Taiwan amid row with China

According to a report by the Stockholm International Peace Research Institute (SIPRI), the US and China carried the weight of the global arms market in 2019, while the Middle East made its debut among the "top 25" weapons manufacturers.

Overall, 12 US firms featured among the sector's 25 biggest manufacturers, constituting 61% of the combined weapons sales of the top 25.

"Chinese arms companies are benefiting from military modernization programs for the People's Liberation Army," Nan Tian, a senior researcher at SIPRI, said in a statement.

The think tank added that there could be several other Chinese companies big enough to rank on its top 25 list but it was not possible to include them due to lack of "comparable and sufficiently accurate data."

The Middle East enters the club

In a first, a Middle Eastern weapons manufacturer found itself in the top 25 rankings.

EDGE, a firm from the United Arab Emirates, was on the 22nd spot, accounting for 1.3% of the total arms sales of the 25 giants.

According to Pieter Wezeman, a senior researcher with SIPRI's  Arms and Military Expenditure Program, the firm's ranking reflected how high national demand for military products and the aspiration to become less dependent on foreign providers was "driving the growth of arms companies in the Middle East."

It was also the first time that France’s Dassault Aviation Group featured among the top 25 arms companies.

The firm also accounted for the largest percentage increase in yearly arms sales at 105%.

SIPRI attributed the push in Dassault's ranking to a spike in the export of its Rafale fighter aircraft.