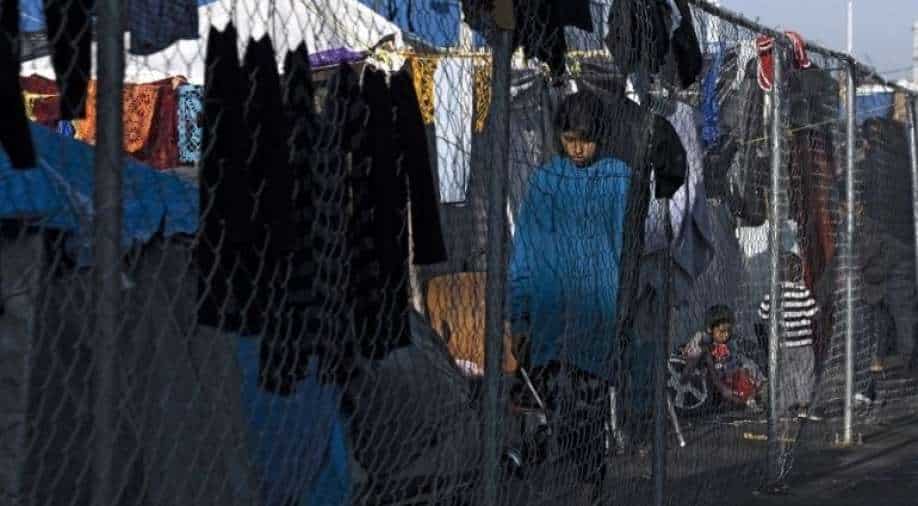 Known as the 'Remain in Mexico' policy, it mandates that certain citizens and nationals of countries other than Mexico be returned to Mexico while their American removal proceedings are pending. Photograph:( AFP )

The MPP is a US government program, launched on January 1, 2019, under former President Donald Trump

UNICEF has expressed concern that reimplementing the Migrant Protection Protocols (MPP) at the US southern border with Mexico, as required by court order, could threaten the safety and wellbeing of asylum-seeking children and their families.

The MPP is a US government program, launched on January 1, 2019, under former President Donald Trump. Known as the "Remain in Mexico" policy, it mandates that certain citizens and nationals of countries other than Mexico be returned to Mexico while their American removal proceedings are pending.

The MPP applies to those who arrive by land from Mexico.

"Following the initial implementation of MPP in January 2019, more than 70,000 asylum seekers were forced to return to Mexico until US immigration courts could resolve their cases. Those subject to MPP, including many children and adolescents, waited for months in shelters and makeshift camps in Mexico without access to appropriate housing, hygiene, nutrition and essential services," the UN agency said in a statement.

Although the Unicef welcomes "commitments from the US government to assist Central American countries in tackling the root causes of migration and provide humanitarian assistance to those in need", it contended that the MPP could have "profound consequences for children, many of whom have been left with no safe options to escape dire conditions and threats in their home countries".

"All migrant children have the right to protection, essential services, to live in adequate conditions with dignity and to be with their families.

"Children - no matter where they come from or what their migration status - are children first and foremost. It is imperative that all governments prioritize the protection and wellbeing of children in line with their best interests and guarantee their access to asylum procedures in a timely manner," the Unicef statement added.

In a memorandum issued on June 1, the Secretary of Homeland Security stated that the MPP should be terminated.

However, on August 13, the US District Court for the Northern District of Texas ruled that the June 1 memo did not comply with the Administrative Procedure Act and ordered DHS to "enforce and implement MPP in good faith."

As a result of the extensive review conducted by the Department of Homeland Security, the Department issued a new memorandum terminating MPP on October 29. DHS will implement the new memorandum as soon as practicable after the issuance of the final judicial decision vacating the Texas injunction.

Till then in compliance with the order, the MPP has been restarted and on Wednesday, US authorities returned the first two migrants to Mexico under the reinstated "Remain in Mexico" policy.