Understanding the impact and economic cost of floods in China 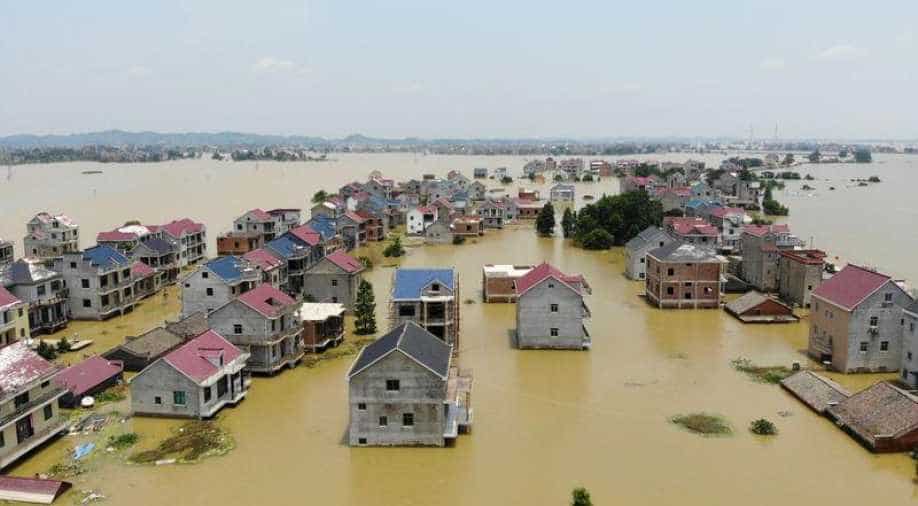 In China, water levels of 433 rivers have risen over the danger mark, and out of these 33 are flowing at historical highs

In China, seasonal rains are common, where rivers overflow almost every year, leading to floods.

However, this year's flooding in the country is one of the worst in decades, as per some estimates. Some reports even say, the floods are worst in around 100 years.

But, what are the impact and cost of these floods?

In China, water levels of 433 rivers have risen over the danger mark, and out of these 33 are flowing at historical highs.

The rains have not yet stopped and vast stretches of land is underwater.

Yangtze River is one of China's most important waterways. Some 175 major cities are located near its banks. The area they cover forms the Yangtze river basin, a powerhouse of industrial output.

It is home to a number of multinational companies and is said to generate nearly half of China's overall GDP. Currently, a major part of this region is flooded.

In China, at least 24 provinces have been severely affected, impacting 23.8 million citizens. Thousands of people have been evacuated to safer places.

As many as 142 people have either dead or missing and a total of 28,000 houses have collapsed.

Chongqing, Hubei, Anhui. Jiangxi and Guangxi are the worst-hit provinces.

The Poyang Lake region, China's largest freshwater lake, is the worst-hit area. The lake, on July 13, surpassed a 1998-record and saw its water level rising to 22.6 metres.

For weeks, the lake has been shut.

The rains are said to have caused more than 86 billion yuan in direct economic losses to China, which is a loss of nearly 12.3 billion dollars.

Chinese administration is spending 830 million yuan or 119 million dollars to make up for these damages, according to China's ministry of emergency management.

Beijing has channelled this amount from its central budget to flood-hit areas for restoration and recovery purposes. So far, however, only 12 provincial regions have been allocated with the funds.

Reports suggest that all the leaves of the Chinese military have been cancelled and the PLA have stepped in for the flood relief efforts.

The flood situation in China presently is very critical and we will continue to report on it.