Under fire over race, British media admit there might be a problem 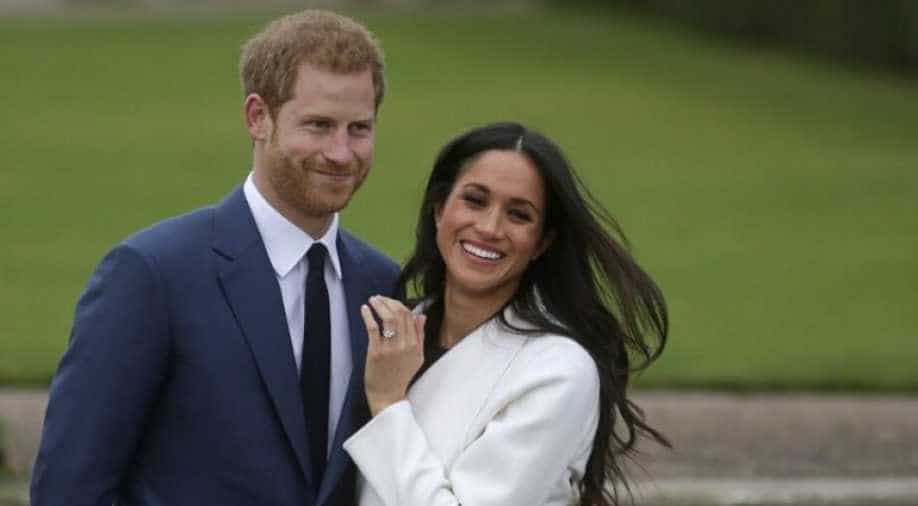 The Society of Editors, was forced into an embarrassing about-face after objections from more than 160 journalists of colour as well as the editors of both The Guardian and The Financial Times.

In the wake of Harry and Meghan’s explosive interview, an influential professional society speaking for the British news media issued a defiant response, rejecting the idea of racism and intolerance in British coverage of the couple.

On Wednesday the group, the Society of Editors, was forced into an embarrassing about-face after objections from more than 160 journalists of colour as well as the editors of both The Guardian and The Financial Times.

On Monday, the society stated flatly that “The U.K. media is not bigoted,” and accused Meghan and Harry of an unfounded attack on the profession. On Wednesday, it issued what it called a clarification, acknowledging that its initial statement “did not reflect what we all know: There is a lot of work to be done in the media to improve diversity and inclusion.”

Hours later, the group’s executive director, Ian Murray, resigned. Taking responsibility for the original statement, he said he was leaving “so that the organization can start to rebuild its reputation.”

The fallout from Harry and Meghan's interview has not just divided Britons and shaken the foundations of the royal family. It has also created schisms in the British news media, an industry that rarely outwardly breaks ranks, and raised broader questions about racism in British society.

But that unity has come under growing strain as more questions are asked about its treatment of race and mental health issues, as well as coverage of the royal family.

“Normally you would see the printed press standing up for each other, but here they have failed to make common cause,” said James Rodgers, an associate professor of journalism at City, University of London.

“A lot of the divisions in British society about the conduct of Harry and Meghan are mirrored in the media,” he added.

The most spectacular combustion engulfed one of Meghan’s strongest and unrelenting critics, Piers Morgan, a co-host of the ITV news show “Good Morning Britain,” who resigned Tuesday in the wake of his on-air attack on her, saying he didn’t believe that she really entertained thoughts of suicide.

That generated more than 40,000 complaints to a broadcast regulator and a direct complaint to ITV from Meghan herself.

The tabloid papers, which Harry and Meghan have blamed for driving them out of the country with their relentless attacks on her, have been noticeably restrained about the interview, media critics have said, apparently avoiding anything that could be construed as racist. Instead, they have focusing mostly on defending Queen Elizabeth II and the monarchy.

That measure of restraint may be the result of the Mail on Sunday and MailOnline website having lost a recent court case involving the couple.

And few analysts were confident this would mark a significant shift either in British media’s complex, symbiotic, relationship with the monarchy or in its approach to the issue of race.

“In terms of the way racism sits in the national debate, Britain is very different from the U.S.,” said David Yelland, a former editor of the country’s high-selling tabloid, The Sun, and founder of Kitchen Table Partners, a communications company.

Though he does not agree that race directly motivated the tabloid criticism of Meghan, Yelland concedes that there is enormous unconscious bias in British newsrooms.

“In this country, we are way behind the U.S. in terms of this being a topic that is on the lips of people all the time,” he said. “There is a huge ignorance of what racism is in this country.”

For Yelland, the interview shined an unforgiving light on the relationship between the media and a monarchy with a long-established tradition of not commenting on news articles.

The unspoken agreement, he said, was “that the monarchy never complains and in return the press is basically supportive but makes a lot of stuff up — some of it very painful to the palace.”

Meghan, he added, has “put a bomb under all that, and everyone is panicking.”

Other experts say the biases of the media largely reflect deeper strains in society. The furor over Meghan and Harry’s claim that a member of the royal family worried about the skin tone of her son Archie was driven by “a very deep denial in Britain as in many other societies about the existence of racism,” said Gavan Titley, a senior lecturer in Maynooth University and author of “Racism and Media.”

While the media and other institutions acknowledge that overt racism is unacceptable, many have a limited understanding of its nuances, he said, with people of colour expected to provide “a burden of proof,” along with any accusations of racism. Conversations around racism, he said, moved quickly away from “the substantive discussion of racism to whether it’s racist or not and who gets offended.”

“They make it very, very difficult for people to speak of the experience of racism in British society.”

“I remember saying to them that we couldn’t just talk about more people of color in the door, it’s also about the content that’s being put out,” she said.

“Certainly, within the tabloids there is a complete lack of care and lack of ethics when it comes to the stories of marginalized people, and that aligns with the broader political beliefs of the papers.”

A 2019 report from the University of Leeds found that, while ethnic minorities received very little general news coverage, they figured prominently in stories about “specific news agendas, notably immigration, terrorism, and crime.”

Research compiled by Women in Journalism, an advocacy group, paints a stark picture of the British media industry: one that is white and predominantly male.

Over the course of a week in the summer of 2020, during the height of the Black Lives Matter protests, not a single Black reporter was featured on the front page of any major publications, the report found.

And out of the 111 people quoted on the front pages, just one was a Black woman: Jen Reid, who took part in a protest in Bristol, England, at which people toppled a statue of a slave trader, Edward Colston. Reid was quoted by The Guardian after a statue of her was erected in its place.

The report validates earlier data suggesting the British media industry had a stark racial imbalance. In 2016, City, University of London surveyed 700 British journalists and found that only 0.4% of the profession were Muslim and only 0.2% were Black, compared to 5% and 3% of the British population, respectively.

According to Brian Cathcart, professor of journalism at Kingston University London, the accusations of bigoted coverage come at a moment of some vulnerability for Britain’s feared tabloids.

Like traditional print news media globally, Britain’s popular press is suffering a decline in circulation and advertising. It has suffered a proportional decline in influence, analysts say, although it retains significant power to set the agenda for the broadcast media.

Yet the buccaneering swagger with which the tabloids once operated seems to have been much reduced.

“They are very upset at losing the legal case to Meghan and Harry; they were very upset because they were humiliated,” Cathcart said. “They are also worried that Harry and Meghan said that Buckingham Palace is in the pocket of the tabloids.”

Their response, he said, was to play the story relatively straight, and to concentrate on the elements of it that do not focus on the media’s coverage of the royal family.