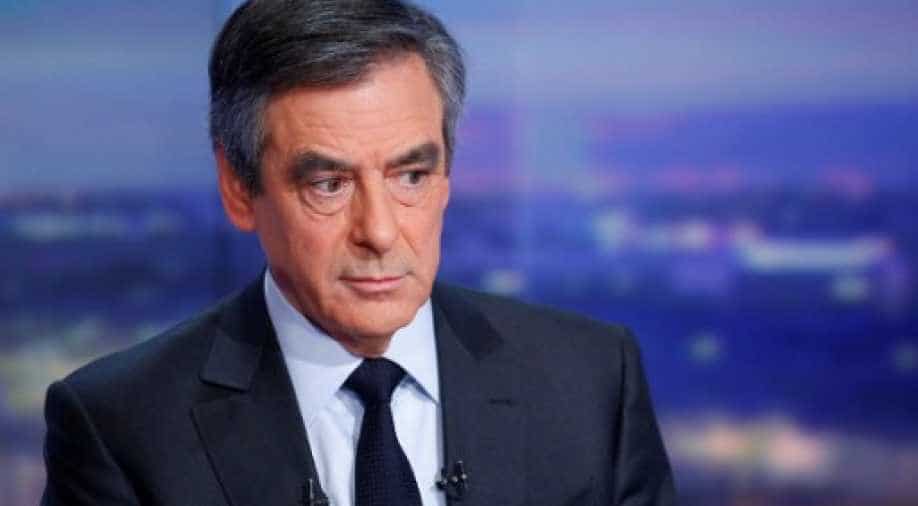 Former French Prime minister and right-wing candidate for the upcoming presidential election Francois Fillon poses prior to a broadcast interview on a set of French TV channel TF1 Photograph:( AFP )

Under-fire French presidential candidate Francois Fillon on Thursday responded to claims that his wife had been paid 500,000 euros ($540,000) for a fake job by saying she has "always worked for me".

Fillon, a conservative who is currently the frontrunner in opinion polls, said British-born Penelope Fillon had been his parliamentary assistant for a number of years doing tasks such as correcting his speeches.

He told TF1 television her role was "perfectly clear".

"My wife has always worked for me, she has always been by my side in my public life," Fillon said.

"She corrected my speeches, she received a huge number of people whom I couldn't see, she represented me at demonstrations, she did press reviews for me and she passed on people's requests," Fillon said.

The national financial prosecutor has opened an investigation into the allegations, which were made by the Canard Enchaine newspaper.

The Canard Enchaine claims Penelope received the money between 1998 and 2012, but said it could find no one who recalled her working in the parliament building.

Polls currently show Fillon, who has campaigned as a "clean candidate" unsullied by the legal woes of some of his rightwing rivals, will face far-right candidate Marine Le Pen in the election runoff in May.