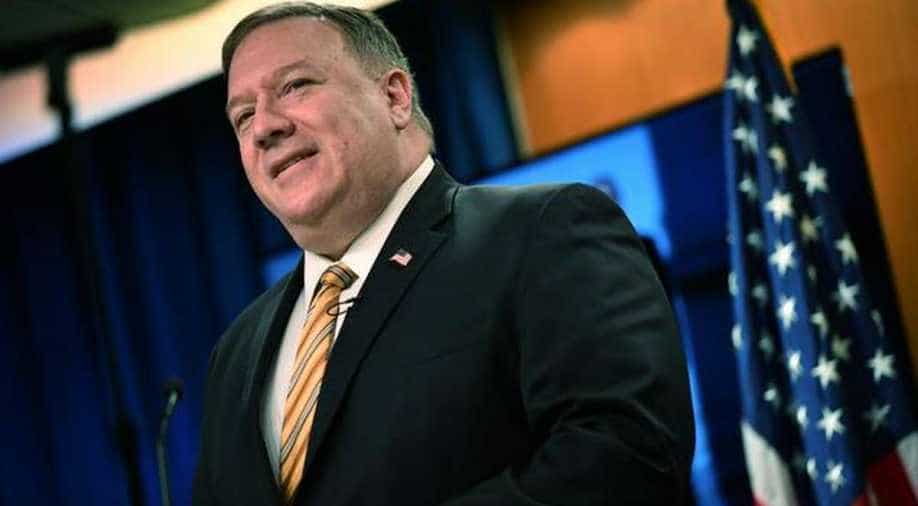 Under the deal, negotiated by then US President Barack Obama, Iran committed to curtailing its nuclear activities for sanctions relief and other benefits. President Donald Trump pulled America out of the accord in May 2018.

The UN Security Council is set for a showdown next week as it may roundly reject a US resolution to extend an Iranian arms embargo. The embargo is due to expire under the terms of a resolution that blessed the Iran nuclear deal, signed in July 2015 and officially known as the Joint Comprehensive Plan of Action (JCPOA).

US Secretary of State Mike Pompeo announced on Wednesday that the United States would put forward its long-awaited resolution despite ardent opposition from Russia and China. But UN diplomats say opposition to the resolution's current form is so widespread that Washington is unlikely even to secure the nine votes required to force Moscow and Beijing to wield their vetoes.

Another said the draft "goes beyond the current provisions" of the ban on conventional weapons sales to Iran that ends on October 18.

Under the deal, negotiated by then US President Barack Obama, Iran committed to curtailing its nuclear activities for sanctions relief and other benefits. President Donald Trump pulled America out of the accord in May 2018 and slapped unilateral sanctions on Iran under a campaign of "maximum pressure."

Iran has since taken small but escalating steps away from compliance with the nuclear accord as it presses for sanctions relief.

European allies of the United States -- who along with Russia and China, signed the deal with Iran -- have voiced support for extending the conventional arms embargo but their priority is to preserve the JCPOA.

According to AFP, the US text effectively calls for an indefinite extension of the embargo on Iran and uses hawkish rhetoric.

To this end, Iran says it has the right to self-defence and that a continuation of the ban would mean an end to the nuclear deal.

Experts say the gulf between the US and its allies threatens a summer of discontent at the Security Council as the October 18 deadline approaches.

UN-watchers suggest that EU countries on the Council could be brought on-board by a short-term extension of the embargo if it helps preserve the nuclear deal. They also say that members may propose their own draft resolution, but finding consensus is likely to be difficult with China and Russia intending to veto.

The United States has threatened to try to force a return of UN sanctions if it is not extended by using a controversial technique called "snapback."