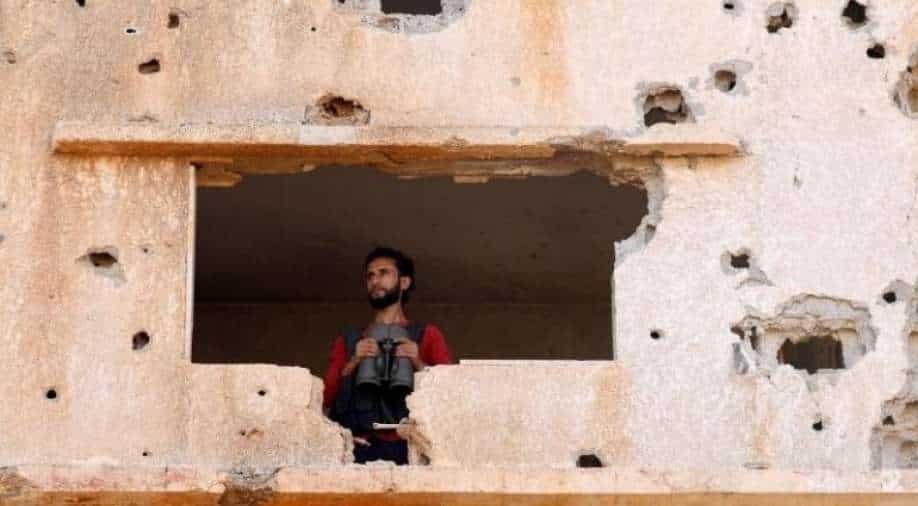 The United Nations on Thursday called for a ceasefire in the flashpoint Syrian province of Daraa where it said recent fighting forced 18,000 to flee.

The clashes have died down over the past week but were the most intense since the government seized back control of the region from rebels in 2018.

"The escalation in hostilities has forced at least 18,000 civilians to flee Daraa al-Balad since 28 July," the office of the UN High Commissioner for Human Rights Michelle Bachelet said.

The government attacks focused on Daraa al-Balad, a southern district of Daraa's provincial capital and a former opposition hub that continues to house ex-rebel fighters.

"There needs to be an immediate ceasefire to alleviate the suffering of civilians in Daraa," Bachelet said in a statement.

Russian-backed Syrian troops and allied forces recaptured Daraa province from rebels in 2018, in a symbolic blow to the anti-government uprising born in its provincial capital in 2011.

Thousands of fighters evacuated under a Moscow-brokered deal, but many former rebels also stayed on in the province, some joining the regime forces.

State institutions have returned to the province but the army has still not deployed in some areas including Daraa al-Balad.

Last month's clashes came after government forces tightened control around Daraa al-Balad in a bid to pressure opposition fighters there to withdraw to rebel-held territory in Syria's north.

"In recent days, they have only been allowing pedestrians out of Daraa al-Balad along the al-Saraya road, subjecting people to strict security checks," the UN said.

Bachelet said civilians in Daraa al-Balad were effectively "under siege".

"They are facing checkpoints, restrictions on their movements, tanks on the streets and their property is being seized and stolen," she said.