UN report: Despite a decline in deaths from weather-related events, the economic cost rises 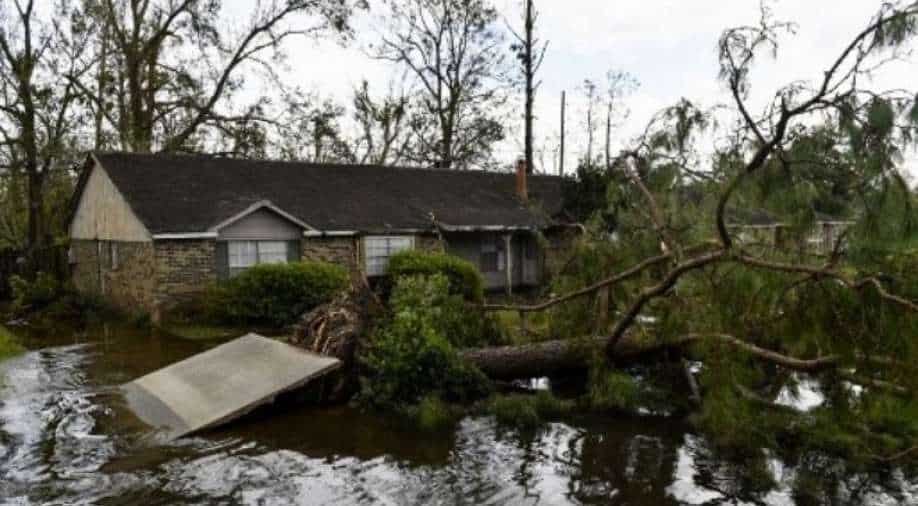 A fallen tree is pictured in a flooded neighborhood in LaPlace, Louisiana on August 30, 2021 in the aftermath of Hurricane Ida. (File Photo) Photograph:( AFP )

Over the last 50 years, climate change, weather, and water extremes have caused the death of 115 people and the loss of $202 million each day

Over the past half-century, the number of weather-related disasters has increased dramatically, resulting in massive damages even as better warning systems have led to fewer deaths, the UN reported Wednesday.

This report by UN's World Meteorological Organization (WMO) examines mortality and economic losses due to weather, climate and water extremes between 1970 and 2019.

The report found that disasters have increased fivefold in that time frame, largely driven by climate change. According to the report, this trend is expected to continue.

WMO Secretary-General Petteri Taalas says that "The number of weather, climate and water extremes are increasing and will become more frequent and severe in many parts of the world as a result of climate change,".

Worldwide, more than two million people have died and $3.64 trillion has been lost as a result of some 11,000 disasters since 1970.

According to Taalas, Hurricane Ida, which slammed into the US Gulf Coast over the weekend and killed at least four people, could become the costliest weather disaster on record, surpassing Katrina which had an economic cost of around $164 billion.

"There is a chance that the economic cost will be higher than Katrina," he said, pointing out that better preventative and protective measures had ensured Ida caused only a fraction of the deaths caused by Katrina 16 years ago.

On average 115 die every day

The report found that on average, a weather, climate and water extremes related disaster has occurred every single day for the past 50 years, killing 115 people and causing $202 million in daily losses.

91 per cent of the deaths took place in developing countries.

Droughts made up the greatest percentage of human fatalities, totalling some 650,000, while storms caused over 577,000 deaths.

Nearly 59,000 people perished in floods over the past 50 years, while close to 56,000 have died in extreme temperatures, according to the report.

The number of deaths falls

A positive finding of the report is that the number of deaths associated with weather and climate disasters declined nearly threefold even as the number of such disasters ballooned.

Taalas attributed the drop in deaths largely to improvements in early warning systems. "Quite simply, we are better than ever before at saving lives," he said.

But while early warning systems have saved lives, there has been little protection against a swell of economic damage to disaster-prone areas.

Seven of the costliest 10 disasters in the past 50 years have happened since Katrina hit in 2005, with three of them in 2017 alone: Hurricane Harvey, which caused nearly $97 billion in damages, followed by Maria at close to $70 billion and Irma at almost $60 billion.