UN: Myanmar Rohingya abuse may be 'crimes against humanity' 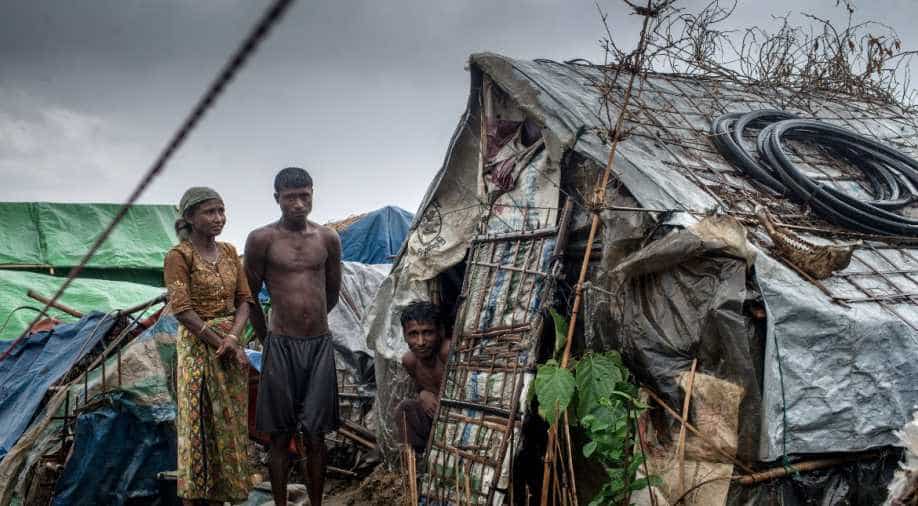 UN urged Bangladesh to provide safe haven to thousands fleeing across the border amid allegations of abuse by security forces. Photograph:( Reuters )

At least 10,000 Rohingya have arrived in Bangladesh in recent weeks, fleeing violence in neighbouring Myanmar, the United Nations said on Wednesday.

"Based on reports by various humanitarian agencies, we estimate that there could be 10,000 new arrivals in recent weeks," said Vivian Tan, a UN spokeswoman in Bangkok.

A senior UN official said the reputation of Aung San Suu Kyi's government in Myanmar is at stake amid international concerns over how it is dealing with violence in the country's divided northwest.

The bloody crackdown in the Rakhine state has sent thousands fleeing across the border amid allegations of abuse by security forces. The UN said, "the situation is fast changing and the actual number could be much higher."

The United Nations was urging the Bangladesh government, which has stepped up patrols on the border, to allow the Rohingyas safe haven.

"We are ready to support the government to provide effective humanitarian assistance for these individuals in need of international protection," she said.

On Tuesday, the UN OHCHR said Myanmar's treatment of the Rohingya could be tantamount to crimes against humanity, reiterating the findings of a June report.

Those interviewed by AFP inside Bangladesh had horrifying stories of gang rape, torture and murder at the hands of Myanmar's security forces.

Analysis of satellite images by Human Rights Watch found hundreds of buildings in Rohingya villages have been razed.

But Myanmar has denied allegations of abuse, saying the army is hunting "terrorists" behind raids on police posts last month.

The de facto leader vowed to work for "peace and national reconciliation" in the country but did not mention the violence in the Rakhine state.