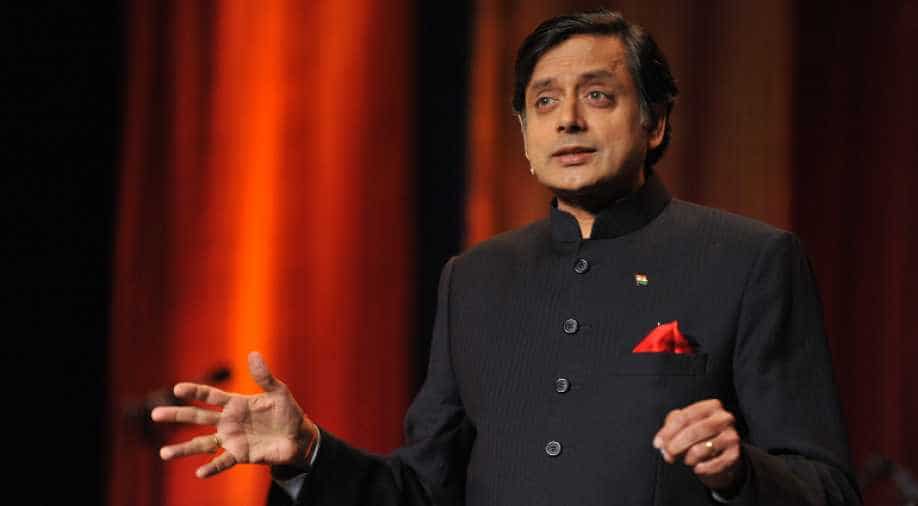 The battle for a seat in the International Court of Justice (ICJ) between India and Britain has run into a stalemate, even as Congress leader Shashi Tharoor accused the "UK of trying to stall the will of the majority of the UN General Assembly".

Dalveer Bhandari from India and Christopher Greenwood from the UK are seeking re-election at the Hague-based International Court of Justice.

One-third of its 15-member bench are elected every three years for a nine-year term, elections for which are held separately but simultaneously in the United Nations General Assembly and Security Council in New York.

Last Thursday, four of the six candidates in the fray were elected as per the UN laws, got absolute majority in both the General Assembly and the Security Council.

Ronny Abraham of France, Abdulqawi Ahmed Yusuf of Somalia, Antonio Augusto Cancado Trindade of Brazil and Nawaf Salam of Lebanon were elected after four rounds of elections on Thursday.

Yesterday, the UN General Assembly and the Security Council met separately to elect the remaining one candidate for the ICJ.

In each of the five rounds of elections, Greenwood of Britain received nine votes and Bhandari got five in the UN Security Council.

Given that Britain is a Permanent member of the Security Council, Greenwood has an advantage over Bhandari.

The vote tally of Greenwood dropped from 76 to 68 on Monday.

With the two countries in a deadlock over the one remaining ICJ seat, both the General Assembly and Security Council announced to adjourn the meeting for the election to be convened at a later date.

Ahead of the yesterday's voting, Congress leader and former top UN official Tharoor said that the "voice of the General Assembly" has been ignored for too long.

"As the UN Security Council (SC) & General Assembly (GA) vote to choose a judge for the International Court Of Justice (#ICJ) between Indian & UK candidates, the legitimacy & effectiveness of the UN are at stake. The voice of the GA has been ignored too long," he said in a tweet.

"This time a nominee of a Permanent member of the SC has failed to get an absolute majority of the GA, for the first time in a direct contest to a major @UN organ. GA vote has turned into a protest against an unwarranted extension of privilege for 70+ years. P5 lost by 40votes!" he said.

Tharoor said the election is no longer about the judge or the country he hails from, but about the General Assembly standing up against a member of a privileged club who has lost comprehensively among the Members at large but still leads 9-6 in the Security Council "UK trying to stall the will of the majority of the GA," he charged.

"Deeply entrenched interests of a tiny select group cannot be allowed to prevail in areas where such privileges are not based in law. Judges to the World Court must represent the majority of the UN membership. The cozy Permanent Members club at the SC cannot keep getting its way," he charged.

Decisions at the UN, he said, must reflect the voice of? the majority of Members and cannot continue to be decided by a few states with long-held privileges.

"Only that kind of multilateralism will inspire confidence among the international community, especially the younger generation," he said.

Noting that this is not about India or any single country, he said this is about the idea of justice, of equality and fairness.

"It is about the future we envisage for the United Nations and the conduct of multilateralism. The time for reform is now. I call on SC members to vote for India's candidate,? he said.

"Aside from these points of principle, India has always shouldered collective responsibilities with our partners in our quest for a more just global order, Our ethos also leads us towards genuine and constructive rule-based multilateralism and peaceful settlement of disputes. Vote4 India!? Tharoor said.