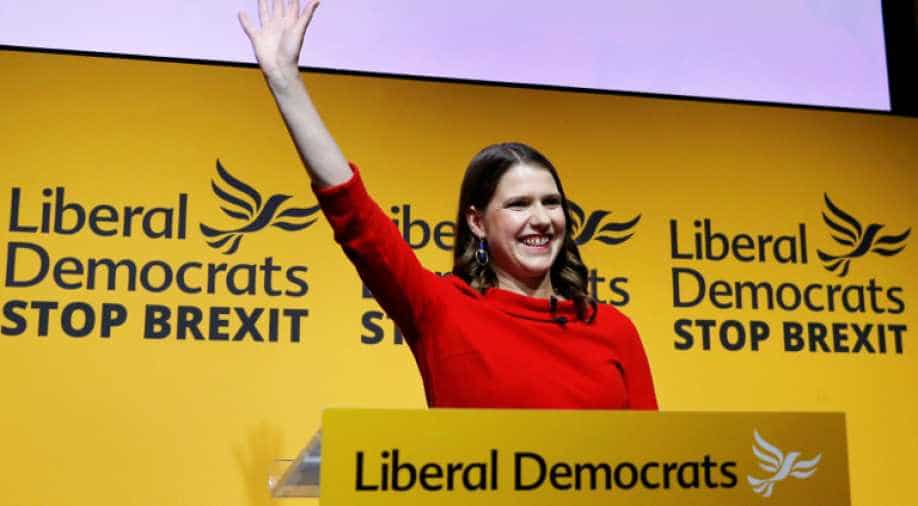 Jo Swinson will take charge of a 31-year-old party on the rise due to its unambiguous anti-Brexit position.

Britain's pro-EU opposition Liberal Democrats on Monday elected their first female leader on a promise that she will do everything possible to "stop Brexit".

Jo Swinson will take charge of a 31-year-old party on the rise due to its unambiguous anti-Brexit position.

Its firm stand against Britain's split from the European Union saw it come a surprise second behind populist eurosceptic Nigel Farage's Brexit Party in the European Parliament elections in May.

Opinion polls put the centrist party on more than 20 percent, should a snap general election be called to resolve the three-year Brexit crisis.

Britain is due to leave the EU on October 31.

"As your leader, I will do whatever it takes to stop Brexit," the 39-year-old Glasgow native told a packed London nightclub where the leadership contest result was announced.

"I am ready to take our party into a general election and win it," she said, to applause.

Swinson became the Liberal Democrats' first female leader after beating rival Ed Davey by 47,997 votes to 28,021 on turnout of 72 percent among party members.

Davey served as energy and climate change secretary when the Liberal Democrats were in a coalition government led by Conservative prime minister David Cameron from 2010 to 2015.

Davey, 53, is a passionate environmental campaigner who sees climate change as one of Britain's biggest threats.

Boris Johnson is likely to take over as leader of the governing Conservative Party on Tuesday and replace Theresa May as prime minister on Wednesday.

Despite the Conservatives commanding a razor-thin majority in parliament, Johnson says he intends to take Britain out of the EU on October 31, with or without a divorce deal.

But she ruled out forming a coalition with the main opposition Labour Party due to its vague Brexit stance.

Labour's socialist leader Jeremy Corbyn is a lifelong eurosceptic who only this month backed the option of holding a second Brexit referendum -- a key Lib Dem demand.