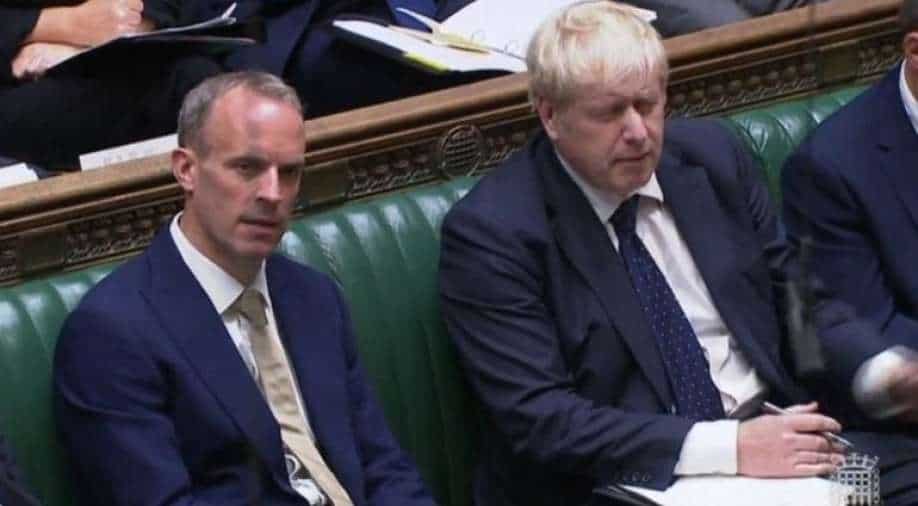 Dominic Raab has been removed from the position by UK's Boris Johnson following criticism over his handling of the Afghan crisis. However, he retains his position as Deputy Prime Minister

The UK Prime Minister Boris Johnson carried out a reshuffling of his cabinet recently. While some leaders such as Priti Patel and Rishi Sunak were able to retain their positions, many others including Dominic Raab have been ousted.

Johnson took over the control of the country in July 2019 from Theresa May. Since then, this is his second reshuffle, the first one being in February 2020.

One of the main changes in the cabinet is the substitution of former foreign secretary Dominic Raab. Liz Truss will now be taking over from Raab, making history as she is now the second woman to serve in this role — the first one being Labour's Margaret Beckett in 2006-2007.

Raab has been removed from the position following criticism over his handling of the Afghan crisis. However, he retains his position as Deputy Prime Minister — he had also led the country when Johnson was in intensive care due to Covid last year. In addition to Deputy Prime Minister, Raab is now Justice Secretary and Lord Chancellor.

Meanwhile, even after controversies and criticism, Priti Patel has managed to retain her position as the home secretary. The 49-year-old has been criticised for her handling of the migrant crisis, following conservative thought process and has also been previously accused of bullying civil servants. However, Johnson has remained loyal to Patel.

Rishi Sunak has also retained his position as the Chancellor. Sunak was appointed for the position during the 2020 reshuffle after Sajid Javid’s resignation. Within months of taking the office, the former businessman was tasked with bringing the British economy out of Covid crisis.

Sajid Javid will continue serving as the Health & Social Care Secretary — a position he took over after Matt Hancock resigned following allegations of breaking social distancing guidelines by kissing a colleague. The minister had to step in at a time when the country was beginning its fight against the Delta variant of coronavirus.

Replacing Gavin Williamson, Nadhim Zahawi has been promoted to education secretary. He was earlier the business minister and minister for vaccines.