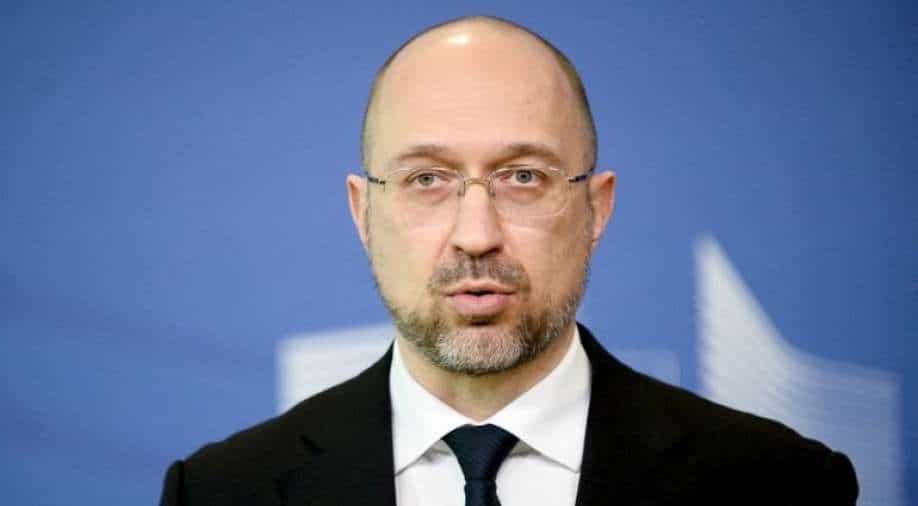 The Parliamentary Assembly of the Council of Europe (CoE), which gathered in a special session to talk about Ukraine on Monday, demonstrated their support to the country and CoE member state

Ukraine on Monday demanded that Russia be immediately expelled from the Council of Europe, saying Moscow had no right to remain a member of the pan-European rights body after the invasion of its neighbour.

The Council of Europe, which is separate from the European Union, suspended Russia's membership on February 25 and is now debating whether to bar it altogether, which would be a first since the pan-Europe institution was set up after World War Two.

"We urge you to take a decision on the immediate expulsion of Russia from the Council of Europe," Prime Minister Denys Shmyhal told the Parliamentary Assembly of the Council of Europe (PACE) in Strasbourg via video link, adding that Russia's attack meant it "cannot stay in the European family".

Those responsible for "this unprovoked and unjustified aggression (against Ukraine) cannot stay in the single European family where human life is the highest value," he said.

"Ukraine is on fire, hundreds of houses have been destroyed, millions of Ukrainians lack electricity, heating," said the premier, addressing the session in place of President Volodymyr Zelensky, who was said to be handling urgent developments amid talks with Russia.

"We need to join our efforts, not only to help Ukraine, but to help all of Europe," Shmygal told the Strasbourg-based assembly on Monday, before receiving a standing ovation.

The Parliamentary Assembly of the Council of Europe (CoE), which gathered in a special session to talk about Ukraine on Monday, demonstrated their support to the country and CoE member state.

It is debating whether to bar it altogether, which would be a first since the pan-Europe institution was set up after World War Two.

Parliamentary Assembly President Tiny Kox called for a minute silence at the start of the extraordinary session and members gathered with signs and banners against the war in Ukraine afterwards.

Russia, which is a member of the Council of Europe along with 46 other states, was suspended on February 25 after its military intervention in Ukraine.

Russian MP Pyotr Tolstoy, deputy chairman of the PACE until the current crisis, has indicated  Moscow wants to quit the COE, writing: "Let them stew in their own juice, without us."

But Deputy Foreign Minister Sergei Ryabkov denied Russia had already quit the body. "We are in the process of drawing a line but it is not completely drawn," he said Saturday.

The Kremlin had said last month that the suspension of Russia's membership in the Council of Europe was "really unfair" but added the move provided a good reason "to slam the door" for good on the organisation, giving Moscow an opportunity to restore the death penalty for dangerous criminals.

Russia describes its invasion of Ukraine as a "special operation" to demilitarise and "denazify" Ukraine. Ukraine and Western allies call this a baseless pretext for a war of choice.