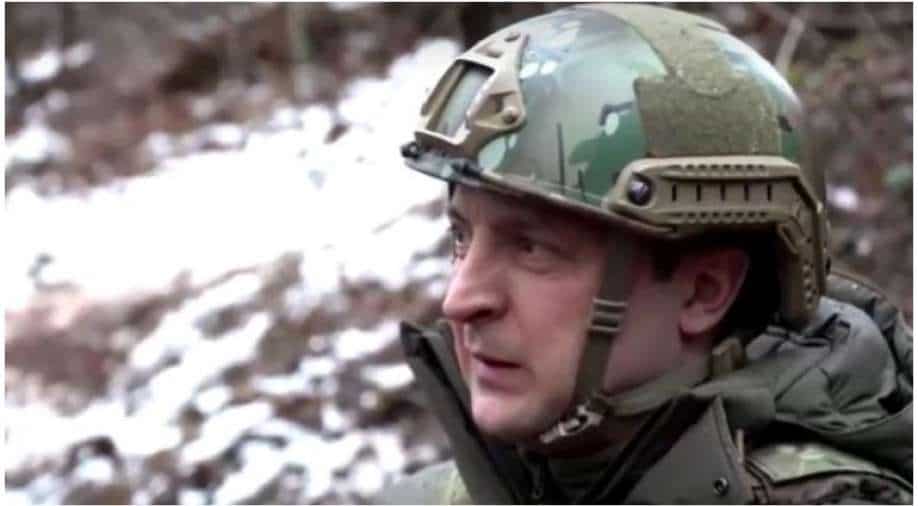 Zelenskiy visited Donetsk. The region has witnessed combat between Ukrainian and Russian troops in conflict that Ukraine says has killed about 14,000 people. The conflict has been ongoing since 2014.

US President Joe Biden has pledged his "unwavering support" to Ukraine in its standoff with Moscow and will hold talks with Russian President Vladimir Putin on Tuesday to try to defuse the crisis.

Ukraine has accused Russia of massing tens of thousands of troops near its border in preparation for a possible large-scale military offensive, raising the prospect of open war between the two neighbors.

Russia has dismissed talk of a new assault on Ukraine as false and inflammatory but told the West not to cross its "red lines" and to halt the eastward expansion of the NATO alliance.

Zelenskiy will later on Monday travel east to Kharkiv, a traditional center for Ukrainian weapons manufacturing, to mark delivery of tanks, armored personal carriers and armored vehicles made in the city's factories.

Russia annexed Ukraine's Crimean peninsula in 2014, and recently massed troops on the border between the two countries.