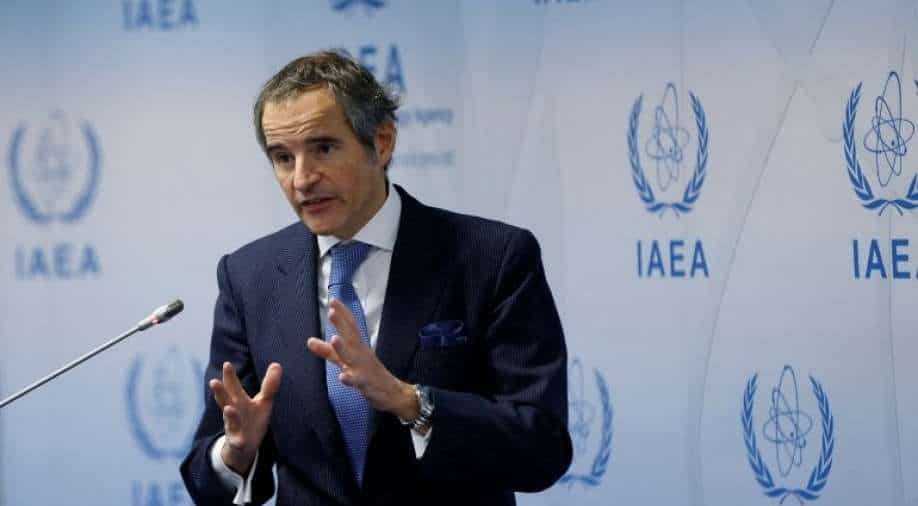 UN nuclear watchdog chief Rafael Grossi has said he will lead a mission to Chernobyl as soon as possible.

He said the “assistance and support” of the International Atomic Energy Agency (IAEA) to the Chernobyl mission “will be the first in a series of such nuclear safety and security missions to Ukraine.”

“The general radiation situation around the plant is quite normal. There was a relatively higher level of localised radiation because of the movement of heavy vehicles at the time of the occupation of the plant and apparently this might have been the case again on the way out. So we heard about the possibility of some personnel being contaminated but we don’t have any confirmation about that," Grossi said at a news conference.

Grossi is currently in the Russian city of Kaliningrad for talks with senior officials about nuclear issues in Ukraine.

“What we know is what we want to see as far as the nuclear power facilities in Ukraine are concerned and this (Russian troop withdrawal) is undoubtedly a step in the right direction. We had been saying that the plant needed to be operated by its own natural operators which was the case, that it had to have a physical integrity protected, that the people there had to work under normal circumstances,” Grossi said.

Nine of Ukraine’s 15 operational reactors are currently in use, including two at the Russian-controlled Zaporizhzhya facility, the agency said.

It comes after Ukraine said Russian troops had left the radioactive waste facilities with radiation sickness though some remained nearby.

I will head an @IAEAorg assistance and support mission to the #Chornobyl Nuclear Power Plant as soon as possible. It will be the first in a series of such nuclear safety and security missions to #Ukraine.

"As they ran away from the Chernobyl nuclear power plant, the Russian occupiers took members of the National Guard, whom they had held hostage since Feb 24, with them," the state nuclear agency Energoatom said in a statement on Telegram, citing plant workers.

"There is also evidence that a column of Russian soldiers who are besieging the town of Slavutych is currently being formed to move towards Belarus," it said.

It gave no details on the condition of the soldiers it said were exposed to radiation, and it did not say how many were affected.

Since the Russian invasion, there have been fears of increased radiological risks in Chernobyl. The workforce there oversees the safe storage of spent fuel rods and the concrete-entombed ruins of the reactor that exploded in 1986.